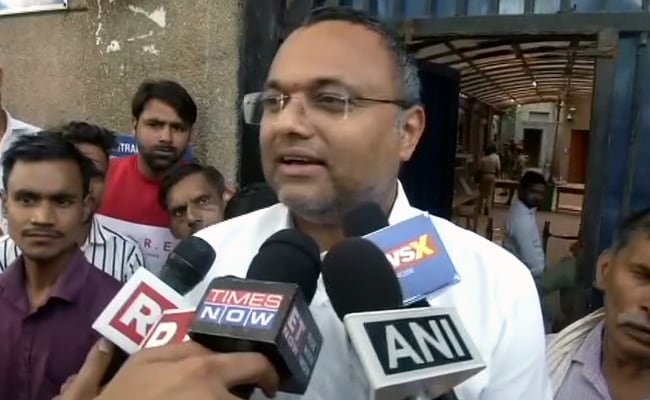 The Supreme Court will hear a plea of Congress MP Karti Chidambaram on January 17 seeking the return of Rs 20 Crore which he had deposited with the court's registry as a condition for being allowed to travel abroad.

Supreme Court had in January and May last year granted Karti Chidambaram permission to travel abroad after depositing Rs 20 crore (Rs 10 crore for January and 10 Crore for May) with the Secretary-General of the Supreme Court.

The Supreme Court allowed Karti Chidambaram, son of former Union Minister P Chidambaram, to travel to the United States, Spain and Germany in May and June 2019.

Providing the relief, the bench headed by the then Chief Justice of India Ranjan Gogoi directed Karti Chidambaram to deposit a security of Rs 10 crore.

Karti Chidambaram has been questioned on several occasions in the INX media case in which both the Enforcement Directorate (ED) and Central Bureau of Investigation (CBI) are probing how Karti Chidambaram managed to obtain clearance to the tune of Rs 305 crore from the Foreign Investment Promotion Board (FIPB) in 2007 when his father was the finance minister.

The ED had registered a PMLA (Prevention of Money Laundering Act) case based on FIR by the CBI and alleged that irregularities took place in the FIPB clearance to INX Media for receiving overseas funds to the tune of Rs 305 crore in 2007 when Chidambaram was the Union Finance Minister.