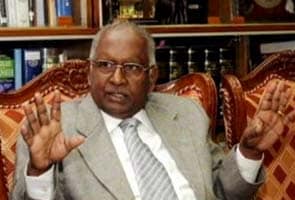 New Delhi: The Supreme Court on Thursday asked the government to take a decision on a representation by the Committee on Judicial Accountability (CJA) seeking a presidential reference on the allegation of misconduct against NHRC chairman K.G. Balakrishnan when he was chief justice of India.

The apex court bench headed by Justices B.S. Chauhan and J.S. Khehar issued directions to the government citing the "peculiar sets and circumstances" of the case.

Pronouncing the judgement, Justice Khehar said if the government found that the allegation against the former chief justice of India was unworthy of being proceeded against then it would inform the petitioner, NGO Common Cause, accordingly.

However, the court said if the government decides in favour of the representation by the CJA, then it would proceed into the matter as mandated Under Section 5 (2) of the National Human Rights Commission Act.

The Supreme Court had Monday reserved its order on the petition. Besides allegations of misconduct against Justice Balakrishnan, it has also been alleged in the public suit that his two sons-in-law and brother amassed wealth disproportionate to their known sources of income when he was in the Supreme Court from 2007 to 2010

14-Day Mandatory Quarantine For Lakhs Of Migrants Returning To UP, Bihar