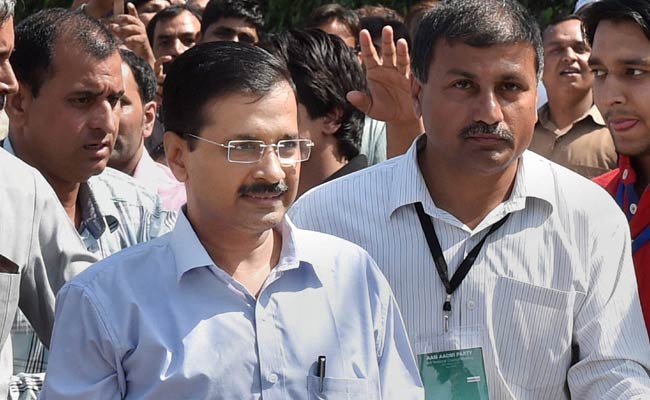 New Delhi: Two defamation cases against Arvind Kejriwal, the Chief Minister of Delhi, were put on hold by the Supreme Court today.

The top court stayed proceedings in the cases after Mr Kejriwal challenged the validity of a law that allows criminal proceedings in a defamation case. The court has issued a notice to the Centre and will take up the case in July.

In February 2014, Union minister and BJP leader Nitin Gadkari had sued Mr Kejriwal for linking him to corruption. Mr Kejriwal, who heads the Aam Aadmi Party (AAP), had, in a press conference the month before, named Mr Gadkari, a former BJP President, among "the most corrupt politicians of India.''

The AAP leader was even sent to jail in May after he refused to furnish the bond needed in the defamation case. He had since been insisting that the court should not ask him for one and argued that he had committed no crime. He finally had to furnish a personal bond on the orders of the Delhi High Court to secure his release.

In the other defamation case, an advocate, Surender Kumar Sharma has alleged that he was approached by volunteers of Mr Kejriwal's Aam Aadmi Party in 2013, asking him to contest the Delhi Assembly elections on a party ticket, saying Mr Kejriwal was pleased with his social service.

Mr Sharma alleges that he filled up the application form to contest the polls after being told by senior AAP leaders Manish Sisodia and Yogendra Yadav that the party's Political Affairs Committee (PAC) had decided to give him the ticket. However, it was later denied to him, he alleges.

Promoted
Listen to the latest songs, only on JioSaavn.com
On October 14, 2013, the complainant claimed, articles in leading newspapers carried "defamatory, unlawful and derogatory words used by the accused persons", which lowered his reputation in the Bar and the society.

The two defamation cases are being heard at the Patiala House court and the Karkardooma court in Delhi respectively.