"What about the health of people? Is it irrelevant?" the bench asked the counsel appearing for the Ministry of Power and added "there is no will". 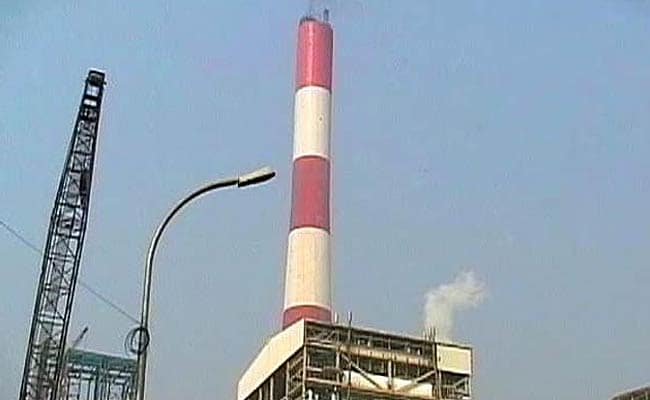 The Supreme Court today slammed the Centre and the Ministry of Power for extending till 2022 the deadline for thermal power plants across the country to adhere to emission norms and asked whether the health of people was "irrelevant" to the government.

A bench comprising Justices Madan B Lokur and Deepak Gupta termed the situation "hopeless" and said authorities have no will to implement the emission norms due to which citizens were facing the severe ill-effects of air pollution.

Referring to a Ministry of Power affidavit, the bench said it was quite clear that the ministry had no intention to reduce the pollution caused by thermal power plants and even the deadline of 2022 would not be met.

"What about the health of people? Is it irrelevant?" the bench asked the counsel appearing for the Ministry of Power and added "there is no will".

The bench asked Additional Solicitor General ANS Nadkarni, appearing for the Ministry of Environment, Forest and Climate Change (MoEF&CC), to convene a meeting of the officials concerned of the Ministry of Power and file an affidavit in the court.

The court also said that the affidavit should indicate the number and location of thermal power plants in the country which generate above 500 megawatt electricity and are situated in areas having a population density of 400 per square kilometer.

It said the affidavit should also indicate the timeline to reduce pollution with respect to each thermal power plants.

"Since the matter is of serious concern, we expect the Union of India, the Ministry of Power and the MoEF&CC to take the matter seriously since it (pollution) impacts the health of millions of citizens," the bench said and posted the matter for hearing on August 6.

During the hearing, advocate Aparajita Singh, assisting the court as an amicus curiae in the matter, said that there were 650 thermal power plants in India, of which 82 plants have either retired or would be retired by next year.

At the outset, the amicus said that Ministry of Power was not willing to implement the emission standards for thermal power plants.

"They (ministry) should be kind enough to say on affidavit that they are not going to do anything. We will close the matter," the bench said.

The amicus said the Ministry of Power has rescheduled the deadline from December 2017 to 2022 and the way they were proceeding in the matter, they would not be able to do it even by 2030.

However, the counsel appearing for the Ministry of Power said they would file a detailed affidavit listing the steps that would be taken by them.

"You (ministry) were going to do it by December 2017. Now you are saying 2022. Even in 2022, this does not seem possible. You just say we are incapable of doing this or you do not want to do it. Do not waste time," the bench said.

"Why you have not done it by December 2017? It is a clear indication of your intentions. It is very clear," the court said.

Mr Nadkarni told the bench that compliance should have been done by December 2017 and it was a "gross default" on the part of the authorities.

He told the bench to list the matter for hearing next week and said he would have meeting with the officials of the Ministry of Power and would file a comprehensive affidavit giving all the details.

The court-mandated Environment Pollution Control Authority had earlier filed its report before the bench on emission standards for thermal power plants.

The court was hearing a matter related to the issue of air pollution in the Delhi-national capital region.