Sabarimala Hearing: Justice Indu Malhotra, on medical leave, had delivered the dissenting judgement in the case. 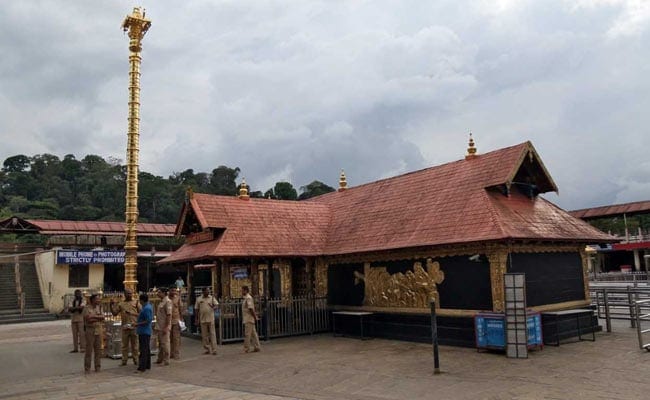 The court said that the next date of hearing would be fixed only after Justice Malhotra rejoins. (File)

The Supreme Court on Tuesday said it may not start hearing pleas seeking a review of the Sabarimala verdict, allowing women of all age groups to enter the temple, till January 30 as one of the judges is on medical leave.

On September 28 last year, a five-judge Constitution Bench, headed by the then Chief Justice Dipak Misra, in a 4:1 verdict had paved the way for entry of women of all ages into the Sabarimala temple saying the ban amounted to gender discrimination.

A bench headed by Chief Justice Ranjan Gogoi said that Justice Indu Malhotra, the lone woman judge of the five-judge constitution bench which delivered the verdict allowing all women inside the Sabarimala temple, is on leave till January 30 "due to some medical reasons".

Justice Malhotra had delivered the dissenting judgement in the case.

The court said that the next date of hearing would be fixed only after Justice Malhotra rejoins.

Earlier also, the court had said that it may not start the hearing from January 22 as Justice Malhotra would not be available.

The remarks had come when Nedumpara on January 15 had mentioned the plea and had sought live streaming of the proceedings in the Sabarimala case.

NADA had sought live streaming of the hearing saying it would ensure that "justice is made accessible to common man".

Prior to this, the apex court had decided to hear in open court the review petitions against the verdict.

There are around 48 petitions seeking review of the judgement and they were filed following the violent protests in favour and against the verdict.