Central Vista Project: The High Court had also asked the petitioner to pay a fine of Rs 1 lakh and the Supreme Court today made it clear it won't interfere with the decision. 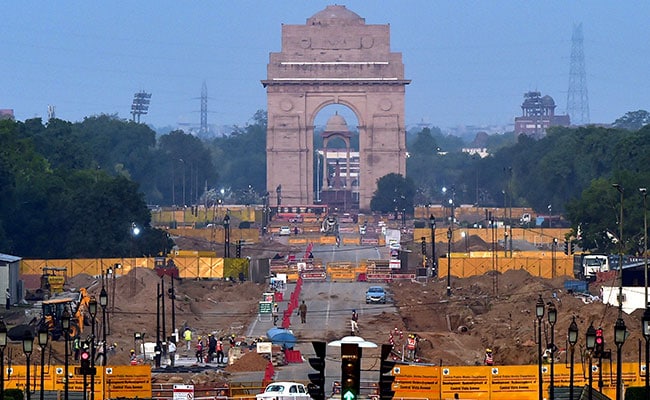 The petition against the Central Vista project was dismissed last month.

The High Court had also asked the petitioner to pay a fine of Rs 1 lakh and the Supreme Court today made it clear it won't interfere with the decision.

"Did you research about how many projects are going on? How did the petitioner pick up one single project?" the top court asked today in sharp remarks.

In its order, a three-judge bench of Justices A.M. Khanwilkar, Dinesh Maheshwari and Aniruddha Bose said, "No interference is required against the orders of the Delhi High Court. The petitioners are not in a position to point out as public-spirited petitioners why they asserted only on the present project. It is noted that during pendency of the appeal it was placed on record that the project is fully complied of all protocols. So, appeals have been dismissed."

Senior Advocate Siddharth Luthra, appearing for one of the petitioners, told the court that till April 19, there were no restrictions for construction sites. A tough lockdown was then announced in Delhi to check the spread of Covid, and restrictions were put in place for construction projects, he highlighted.

While the case was pending, he argued, the petitioner was concerned with the health of construction workers when the second Covid wave had hit its peak. The request, he insisted, was not to stop the entire project but the construction in some specific parts.

For other projects, it was stressed, the authorities followed the norms.

"During the pendency of this plea, all conditions on Covid protocol were followed. Despite that, petitioners pursued the petition for reasons best known to them," the top court replied.

Last month, the Delhi High Court had rejected the petition, and said no question arises of suspending construction work amid the pandemic as "the labourers are staying at the site". As per the contract given to the Shapoorji Pallonji Group, the construction has to be completed by November and it should to be allowed to continue, the High Court stressed.

In May, the centre had also told the High Court the petition was "sheer abuse of the process of law", and yet another attempt to block the project.

The centre had said the project in the petition is not what is referred to as "the Central Vista project" (which includes Parliament, refurbishment of the North Block, South Block, construction of new offices for central government), but is "limited to the redevelopment of Central Vista Avenue or Rajpath", where the Republic Day parade is held.

The new parliament building is the centerpiece of the Rs 20,000-crore Central Vista project that has been brought under the ambit of "essential services", angering the opposition.