"Wait till January 22," Chief Justice of India Ranjan Gogoi told the petitioner who sought to modify the September 28 order of the top court. 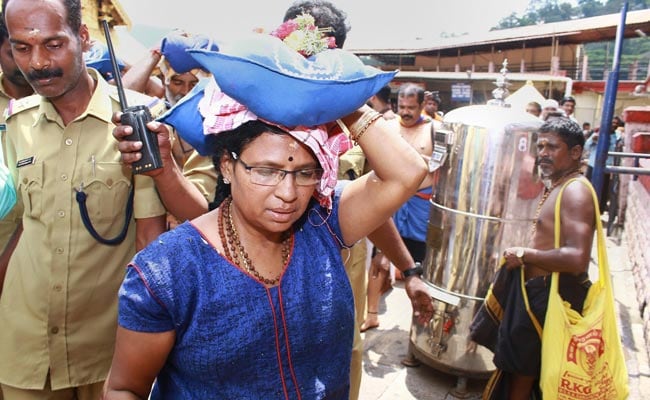 The Supreme Court on Wednesday refused to put on hold its order ending a ban on women of menstrual age entering Kerala's Sabarimala temple.

"Wait till January 22," Chief Justice of India Ranjan Gogoi told a petitioner who wanted the top court to suspend its ruling and review its September 28 order.

The judges yesterday agreed to review the order in open court and will take up some 49 petitions on January 22.

The Kerala government has called an all-party meeting today to discuss the latest court ruling and amenities for pilgrims at the Lord Ayyappa temple that has been off-limits to women in the 10 to 50 age group for centuries.

The two-month long annual pilgrim season at the shrine will start from November 17.

Since the historic court order, no woman under 50 has been able to enter the hilltop shrine because of massive protests by the devotees who believe changing the tradition would be an insult to Lord Ayyappa, a celibate god. More than a dozen women tried and failed to make it to the temple, even with heavy police protection.

More than 3,700 persons have been arrested during protests across the state.

"Feel Sad For Them": Internet Reacts To Air India's Grooming Rules For Crew