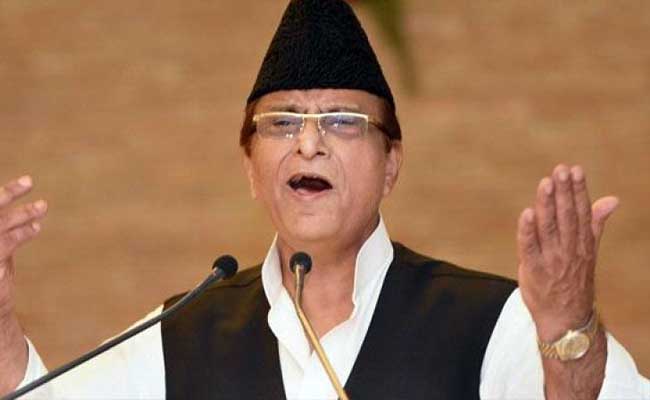 Azam Khan is in trouble over his remarks on gang-rape of 14-year-old, her mother in UP's Bulandshahr.

New Delhi: Whether Uttar Pradesh minister Azam Khan's comment suggesting that the gang-rape of a woman and her teen daughter last month was a "political conspiracy" crossed the bounds of free speech will be examined by the Supreme Court, which has also put on hold a CBI investigation into the incident.

Questioning Mr Khan's comment, the court on Monday gave him three weeks to respond to its notice. The Uttar Pradesh government has also been asked to explain why the case should not be transferred out of the state. Until then, the CBI inquiry into the case is on hold

The court said it will examine whether a person holding a public office can make such comments which can impact the "victim in distress" and affect fair probe and whether a statement like that "defeats constitutional sensitivity".

The court also appointed noted jurist Fali Nariman to assist it on these issues.

On July 29, a family from Noida was stopped on the highway near Bulandshahr by an armed gang that dragged a woman and her 14-year-old daughter to the fields and raped them for hours.

The teenager moved the Supreme Court requesting a police complaint against Mr Khan for suggesting that the rape was an "opposition conspiracy". She also demanded a court-monitored investigation, alleging that the accused were being helped by the police.

In the comment that was widely condemned, Mr Khan had said: "We need to investigate whether this is a conspiracy by opponents who want to defame the government."

In response to the petition against him, Mr Khan blamed the media and remarked that he "only spoke like a politician".

"I cannot say anything on the Supreme Court or the survivor. I never said anything that would aggrieve the survivor. It is just how the media spins it. I am a politician and I spoke like one. In fact I condemned the incident as much as I could. The government has given as much administrative support to the family as possible," he said.

The state's Samajwadi Party government has been aggressively attacked by opposition parties who say Chief Minister Akhilesh Yadav must resign for his failure to protect people in UP.