"The Bar Council of India could perhaps introduce a clause for the renewal of practice of advocates... a certain number of pro-bono cases. That would go a long way in adding to legal aid," Justice DY Chandrachud added. 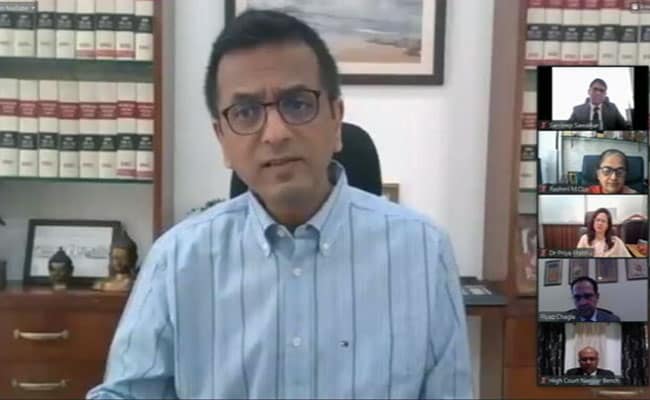 Justice DY Chandrachud made the remarks at an event. (File)

Supreme Court judge Justice DY Chandrachud today praised women lawyers for the role they played during the #MeToo Movement, a global campaign which encouraged survivors about opening up on their experiences of sexual harassment.

"Lawyers dedicated to a particular cause can devote themselves to legal aid services in that domain. For example, in the #MeToo movement young women lawyers assisted women who faced sexual harassment," Justice Chandrachud said during an event today.

"The Bar Council of India could perhaps introduce a clause for the renewal of practice of advocates... a certain number of pro-bono cases. That would go a long way in adding to legal aid," he added.

"Other categories like transgenders face social stigma, are shunned by their own families. It's hard for them to access legal aid. If there are lawyers who specialise in those cases... they could help with legal aid to them," Justice Chandrachud underlined.

Justice DY Chandrachud made these remarks at the launch of "Pan India Legal Awareness and Outreach Campaign" by National Legal Services Authority (NALSA). The campaign will run for six weeks across India and is aimed at creating awareness about legal aid services even in remote corners of the country.

Justice SK Kaul, also a judge in Supreme Court supported Justice Chandrachud's suggestions. He said, "Marginalised people still face barriers in accessing legal services. There are issues of both accessibility and affordability. Especially because in so many cases the legal proceedings go on for years. Justice Chandrachud's idea could help in resolving such issues for several sections of people."

The #MeToo movement is one of the most powerful feminist campaigns of the decade that saw women worldwide, including celebrities and activists, using the hashtag #MeToo to shun the stigma around being a sexual abuse survivor using social media.

The global campaign, which has also found tremendous support in India, focuses on the healing of sexual survivors, awareness about the legal fight and the struggle they face amid the stigma.