A bench of Justice Surya Kant took note of the submissions of lawyer Rakesh Mishra, appearing for the woman, and issued notice to the MP from Ghoshi Lok Sabha constituency seeking his response within four weeks. 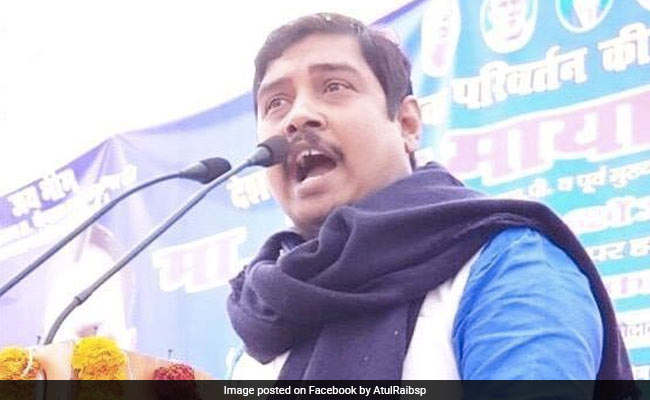 The Supreme Court Monday stayed the ongoing trial against Bahujan Samaj Party MP Atul Rai in a rape case and sought his response on the plea of the alleged victim seeking transfer of the case from Prayagraj to Delhi on grounds including threat to her life.

A bench of Justice Surya Kant took note of the submissions of lawyer Rakesh Mishra, appearing for the woman, and issued notice to the MP from Ghoshi Lok Sabha constituency seeking his response within four weeks.

"Meanwhile, proceedings in Criminal Case pending before the Special Judge (MP/MLA) Court, Allahabad (Prayagraj), UP shall remain stayed," the bench said in its order.

A case was lodged in 2019 in Varanasi by the woman and the MP was arrested subsequently.

"That on December 18, 2020, when the victim went for court hearing with her witness. Both were beaten inside the court premises at Prayagraj and for which another FIR ..has been lodged at Colonelganj Police station at Allahabad," the lawyer said.

Fearing threat to her life and also that she will not get a fair trial in a special court at Prayagraj, the plea seeking transfer of trial to Delhi has been filed, the lawyer said.

Earlier in January last year, the top court had refused to interfere with the Allahabad High Court order, which had granted two-day parole to Atul Rai for taking oath as Member of Parliament in New Delhi.

Atul Rai, who had won the 2019 Lok Sabha polls on a BSP ticket from Ghosi parliamentary constituency in UP, is in jail in connection with the rape case.