The 108-carat Kohinoor gem, which fell into British hands during the colonial era, is the subject of a historic ownership dispute and claimed by at least four countries including India. 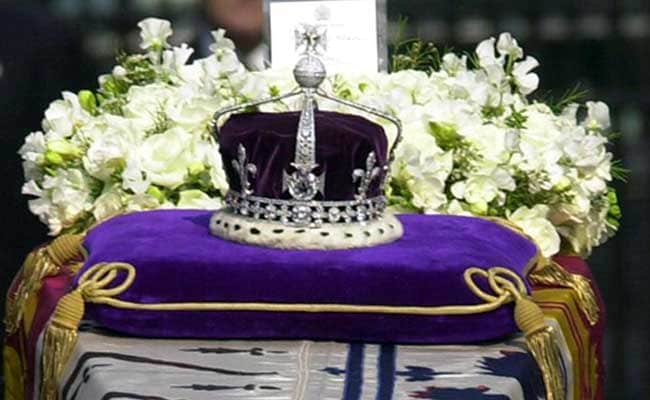 Kohinoor is a large, colourless diamond that was found in Southern India in early 14th century.

The Supreme Court has given the legal burial to a case which had sought judicial intervention to reclaim the 108-carat Kohinoor diamond from the United Kingdom.

A five-judge bench headed by Chief Justice Ranjan Gogoi dismissed a curative petition seeking to re-examine its 2017 verdict in which it had said that it cannot pass order for reclaiming Kohinoor diamond from the UK or to stop it from being auctioned.

Kohinoor, which means Mountain of Light, is a large, colourless diamond that was found in Southern India in early 14th century.

The 108-carat Kohinoor gem, which fell into British hands during the colonial era, is the subject of a historic ownership dispute and claimed by at least four countries including India.

"We have gone through the curative petition and the connected papers. In our opinion, no case is made out within the parameters indicated in the decision of this court in the case of Rupa Ashok Hurra vs. Ashok Hurra & another....Hence, the curative petition is dismissed," said the bench, also comprising Justices SA Bobde, NV Ramana, DY Chandrachud and SK Kaul, in its recent order.

Curative petition is heard in the chamber of judges in the absence of lawyers.

The top court had in April 2017 disposed of pleas filed by an NGO and others seeking directions to bring back the treasured diamond to India saying it cannot ask a foreign government not to auction a property.

The court had made it clear it could not pass an order with regard to a property which was in another country.

In its order, the court had referred to an affidavit filed by the Centre and said that "the Government of India continues to explore ways and means with the UK government on the issue".

The Centre had earlier told the apex court that Kohinoor was neither "forcibly taken", nor "stolen" by British rulers but given to the East India Company by the rulers of Punjab.

The pleas had sought directions to the Indian High Commissioner in the UK for the return of the diamond, besides several other treasures.

After the April 2017 order, a plea seeking review of the verdict was filed in the top court.

The review plea was dismissed by the court in November 2017.