The petition was filed by Reepak Kansal, who had alleged "flagrant violations and abuse of health norms". 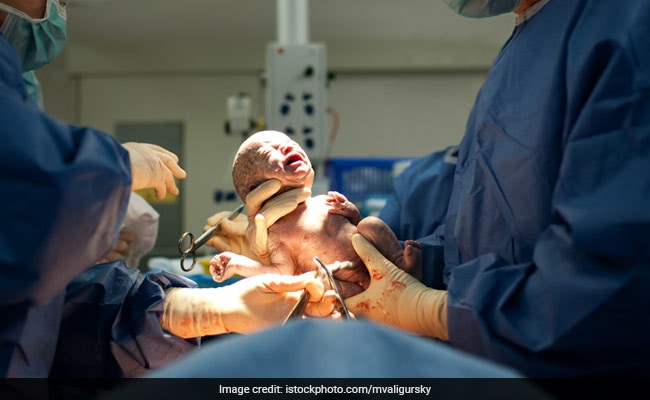 The Supreme Court on Friday dismissed a plea seeking the laying down of guidelines on how the procedure for cesarean deliveries has to be conducted in hospitals, saying the petition was an abuse of process of law.

A bench headed by Justice Ranjan Gogoi also slapped a cost of Rs 25,000 on the petitioner and directed him to deposit the amount within four weeks with the Supreme Court Bar Association.

"What is that you want? How much cost will you pay, you tell us? You want the court to lay down guidelines as to how cesarean deliveries has to be done? Is it a PIL (Public Interest Litigation)," the bench, comprising justices R Banumathi and Navin Sinha, said.

"Having perused the PIL, we are of the view that the same is an abuse of process of law," the bench added.

The petition was filed by Reepak Kansal, who had alleged "flagrant violations and abuse of health norms" due to a lack of policy, and claimed that several private hospitals and maternity homes often conduct unnecessary C-section deliveries to make money.

Mr Kansal also said that the World Health Organisation recommends caesarean section to be performed only when it becomes a medical necessity.

He claimed there are numerous instances in India where C-sections are performed without medical reasons by private hospitals with an intention to make money.

His petition also claimed that a C-section delivery involves an extended stay in the hospital as compared to normal childbirth.

Further, he said that private hospitals have a much higher rate of C-section deliveries than government hospitals and this was a "clear indication that these institutions deliberately perform C-sections as it was directly proportionate to the fact that surgical deliveries cost much more than normal deliveries".

Mr Kansal, in his plea, sought the constitution of a medical board for monitoring the activities of private health institutions with regard to C-section deliveries.

(This story has not been edited by NDTV staff and is auto-generated from a syndicated feed.)
Comments
Cesarean Deliveriesc-section deliverySupreme court