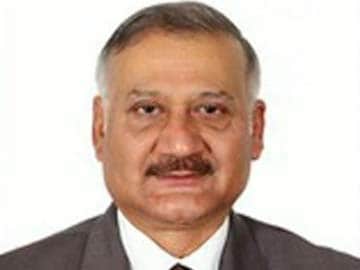 New Delhi: The Supreme Court today allowed new CBI Director Anil Kumar Sinha to take charge of the investigation and prosecution in the 2G scam cases, more than three weeks after it had removed his predecessor from the probe after allegations of him trying to protect some of the accused.

A bench headed by Chief Justice HL Dattu allowed the submission of senior advocate KK Venugopal, appearing for the probe agency, that the new CBI chief be allowed to oversee the 2G cases.

"We are informed by KK Venugopal, appearing for CBI, that Anil Kumar Sinha has been appointed as the CBI Director. In lieu of the subsequent development, we permit him to take over the investigation in the case," the bench said.

Earlier, the bench had removed the then CBI Director Ranjit Sinha from 2G cases, saying the allegations against him of protecting some accused appear to be "prima facie credible".

During the last hearing on November 20, the top court had passed a brief order directing Ranjit Sinha, who retired on December 2, to keep himself away from 2G cases and "not to interfere in the investigation and trial of the 2G cases and recuse himself from them".

"For us, it appears that all is not well and prima facie it seems that allegations made in the application by NGO has some credibility," the Supreme Court had said while hearing the case related to allegations by the NGO, Centre for Public Interest Litigation, that Ranjit Sinha might have tried to save some accused in 2G spectrum scam.
Comments
2G scam2G casesAnil Kumar SinhaCBI DirectorNew CBI DirectorRanjit SinhaSupreme Court