India is the world's biggest consumer of petroleum coke, better known as petcoke, a dark solid carbon material that emits 11 percent more greenhouse gas than coal, according to studies. 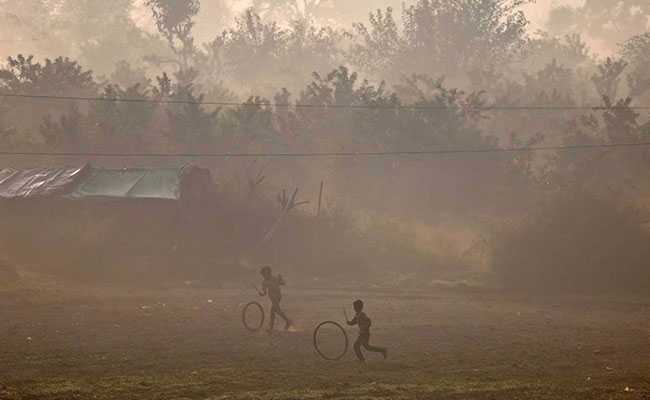 Boys play with rubber tyres on banks of Yamuna river on a smoggy morning in Delhi.

New Delhi: The Supreme Court today allowed the cement industry to use petroleum coke, a dirtier alternative to coal which had temporarily been banned as pollution levels shot up in Delhi last month.

India is the world's biggest consumer of petroleum coke, better known as petcoke, a dark solid carbon material that emits 11 percent more greenhouse gas than coal, according to studies.

The Supreme Court in October banned the use of petcoke in and around New Delhi in a bid to clean the air in one of the world's most polluted cities.

But a blanket ban on the sale and use of petcoke could hit the country's small and medium scale industries, which employ millions of workers and operate on thin margins, businesses say.

Supreme Court judge Madan Bhimrao Lokur, in issuing the exemption order for cement and limestone industries, asked the government to frame guidelines for the use of petcoke.

Shares of Indian cement companies, which use petcoke as feedstock, surged as much as 5 percent on news of the court decision. Local producers of petcoke include Indian Oil Corp, Reliance Industries and Bharat Petroleum Corp.

Delhi's air quality has worsened this winter, piling pressure on authorities to take steps. Vehicles and industrial emissions as well as the burning of crop stubble in the farm states around Delhi have caused the spike in pollutants.

Promoted
Listen to the latest songs, only on JioSaavn.com
The government told the court that petcoke would only be used as feedstock and not as a fuel.
© Thomson Reuters 2017