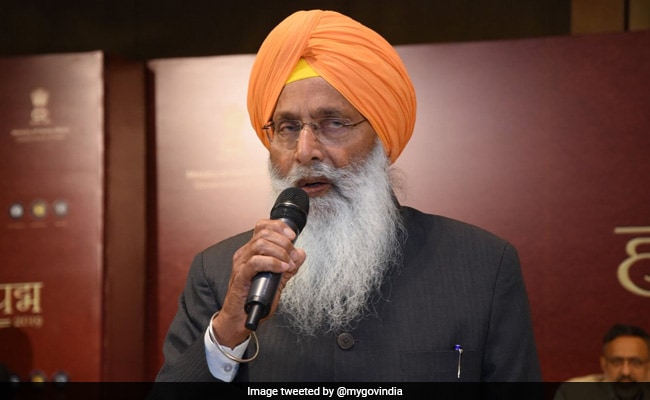 The two bills are likely to be taken up in the Rajya Sabha on Sunday.

Dissident Shiromani Akali Dal (SAD) leader Sukhdev Singh Dhindsa on Saturday said the party stood exposed for its "double-speak" on the farm bills and asked why Harsimrat Kaur Badal did not resign as minister when the Union Cabinet cleared the bills in June.

The SAD is a BJP ally and its leader Harsimrat Badal resigned as Union minister for food processing industries on Thursday after the Lok Sabha passed the the Farmers' Produce Trade and Commerce (Promotion and Facilitation) Bill and the Farmers (Empowerment and Protection) Agreement on Price Assurance and Farm Services Bill.

The two bills are likely to be taken up in the Rajya Sabha on Sunday.

Mr Dhindsa, who formed the Shiromani Akali Dal (Democratic) after quitting the SAD, said Harsimrat Badal was enacting a "drama" by resigning now and this would not be successful as the party stood exposed before the people of Punjab.

He told PTI that the SAD leadership, including former chief minister Parkash Singh Badal, has "not stood by the 'Panth'' (Sikh community) and the farmers and have betrayed them. I am pained at their attitude and stand on the issue of farm bills".

On Harsimrat Badal's resignation, Mr Dhindsa said, "She has enacted an unsuccessful drama. She should have resigned when the cabinet cleared these bills. Farmers are against these bills and are protesting and Harsimrat Badal was forced to resign." "People have seen the real face of the Badals and they stand exposed before the people of Punjab," he said.

Mr Dhindsa claimed that no party will align with the SAD now after their "real face" has come before the people, which is, they have cling to power and compromised the interests of farmers and the 'Panth''.

Mr Dhindsa, who was a part of the SAD till a few months ago, said the people of Punjab will not spare the SAD leadership for "betraying" them.

To attack the SAD, he also cited earlier incidents of desecration of the Guru Granth Sahib during the Akali-BJP regime led by Parkash Singh Badal in Punjab.

The Rajya Sabha member said Punjab will be "ruined" if the farm bills become laws and urged all political parties to oppose them in the interest of farmers and saving them.