Multiple explosive devices and at least two suicide vest, both primed for use in a terror attack, have been recovered from the home of a suspected ISIS terrorist in Uttar Pradesh's Balrampur district, two days after he was arrested in Delhi.

The raid, conducted by a team of Special Cell officers from Delhi Police, also found an ISIS flag and documents linked to the terror group.

Muhammad Mustakeem (alias Yusuf or Abu Yusuf) was arrested by Delhi Police late Friday night after a brief shootout in the national capital's Dhaula Kuan area. On Sunday the cops got time till September 17 to file a chargesheet, which will include charges under UAPA (Unlawful Activities (Prevention) Act).

Two pressure cookers, turned into IEDs (improved explosive devices) with 15 kg of explosives in them and a pistol with four cartridges were recovered from the accused when he was arrested, police said.

Following his arrest, a team of Special Cell officers rushed to Balrampur yesterday, where they blocked off the village, conducted extensive questioning and searched his home.

Among the items recovered were two jackets containing a total of seven explosive packets and a leather belt containing around three kilograms of explosives. The bombs have been safely removed.

In total around nine kilograms of explosives were recovered. A large assortment of electric wires, transparent tapes and lithium batteries were also found, as were cylindrical metal containers packed with ball bearings and containing more bombs.

According to the cops the suspect had also tested several smaller IEDs at a burial ground in the village. 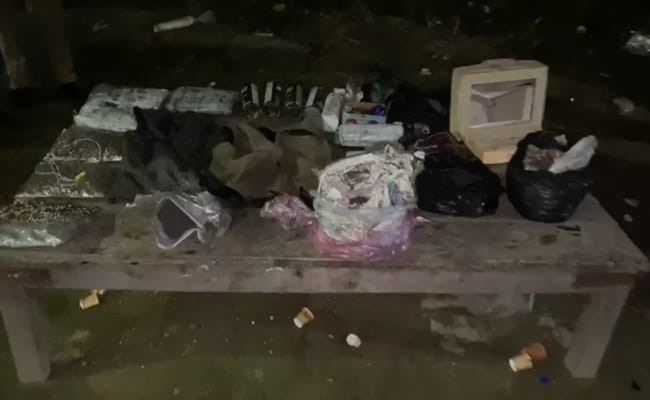 Meanwhile, NSG commandos and members of the Bomb Disposal Squad were deployed to conduct search operations in parts of Delhi immediately after his arrest. The IEDs - which the police said they were "fully ready" and only needed a timer to be activated - were safely defused.

The cops have said Mustakeem visited several places in Delhi ahead of a "lone wolf" attack.

According to PS Kushwaha, Delhi DCP (Deputy Commissioner of Police) Delhi Police Special Cell, who was quoted by news agency PTI, he had planned a terror strike in the city on Independence Day, but had been foiled by heavy security.

"We had been conducting surveillance on him through sources. We also found he was in touch with ISIS and directly in touch with its commanders," Mr Kushwaha added.

Mustakeem is being interrogated further to determine if he was acting alone or has accomplices in other parts of the country, who may be prepping for an attack. 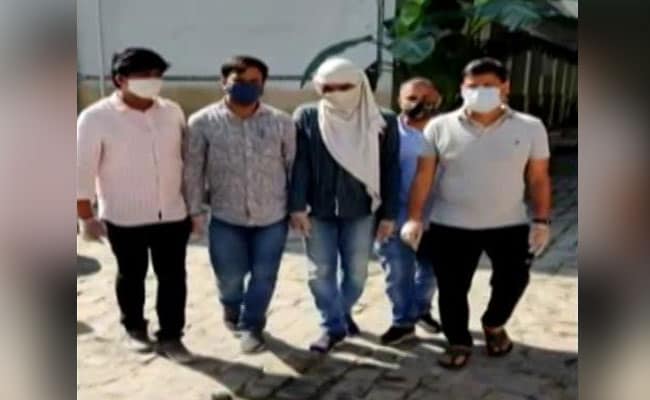 A high alert has been sounded across Delhi and UP following Mustakeem's arrest.

Mustakeem's wife and father both spoke to news agency ANI on Sunday; his father, Kafeel Ahmed, said that if he had known about his son's activities he would have told him to leave.

"I regret he was involved in such activities. I wish he could be forgiven for once if possible but his act is wrong. Had I known about his activities, I would have asked him to leave us," the father said.

"He had stored gunpowder and other materials at home here. When I told him he should not do such things, he told me that I should not stop him. I wish he could be forgiven. I have four kids. Where will I go?" his wife said.

According to PTI Mustakeem also has four children - two sons and two daughters.

The arrest in Delhi comes days after a doctor was arrested in Bengaluru for alleged links to ISIS.

Abdur Rahman, 28, who worked as an ophthalmologist at a medical college in the city, was arrested by the NIA (National Investigation Agency) based on intelligence from a couple arrested in Delhi in March.

After the arrest the NIA searched three premises belonging to Rehman and seized digital devices, a mobile phone and laptop containing incriminating material.

The couple that provided the intel leading to Rehman's arrest also allegedly had links with ISIS and other terrorists, including a man in Delhi's Tihar jail.