The case is yet to go to trial, and Ms Bharadwaj was released from the Byculla women's prison after the NIA court set bail conditions yesterday. 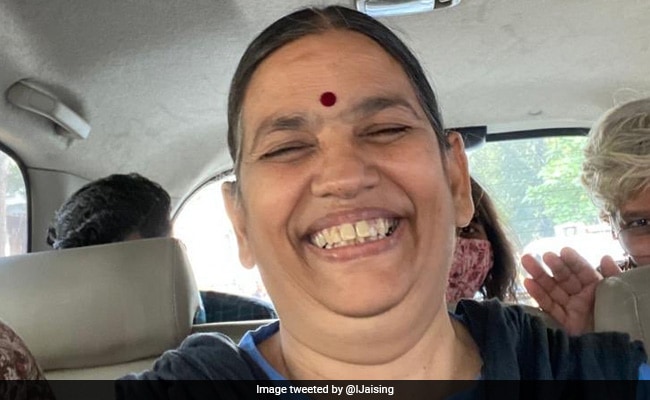 Sudha Bharadwaj, 60, will have to submit her passport and stay in Mumbai.

Lawyer-activist Sudha Bharadwaj, one of the 16 people arrested in the Elgar Parishad case, was released this morning after spending over three years in jail. The Supreme Court had two days ago rejected the National Investigation Agency's plea to stay the default bail granted to her by the Bombay High Court on December 1. "We see no reason to interfere with the High Court order. Plea dismissed," a bench of Justices UU Lalit, SR Bhat, and Bela M Trivedi had said, clearing her release.

Ms Bharadwaj was released from the Byculla women's prison after the NIA court set bail conditions yesterday. She is the first to be granted default bail in the case.

The case was earlier handled by the Pune Police and was later taken over by the NIA. She was initially lodged at Pune's Yerwada prison when the state police were investigating the case and was moved to the Byculla women's prison after the NIA took over. The case is yet to go to trial.

As part of her bail conditions, a special NIA court had said that the 60-year-old activist will have to submit her passport and stay in Mumbai. She has to seek permission from the court to leave city limits.

Ms Bharadwaj can't interact with the media on the case, the special court had said. Advocate Yug Mohit Chaudhry, appearing for her, had opposed the condition stating that this is an infringement of her freedom of speech. She was released on a provisional cash bail of Rs 50,000 and has been directed to visit the nearest police station - physically or through a video call - every fortnight.

She has also been directed to not establish any kind of contact with her co-accused in the case, and not make any international calls.

Ms Bharadwaj was arrested on August 28, 2018, and was later placed under house arrest. She was then taken into custody on October 27, 2018.

The case was filed over alleged inflammatory speeches delivered at the Elgar Parishad conclave on December 31, 2017.

The speeches, police had claimed, triggered violence near the Koregaon-Bhima war memorial located on the city's outskirts the next day. The police had also alleged that the conclave was backed by Maoists.

The Bombay High Court had granted bail to Ms Bharadwaj after she had pointed out that Pune additional sessions judge K.D. Vadane, who had taken cognisance of the police charge sheet in the case filed in 2019, was not authorised to do so as his court was not notified as a 'special court' under Section 22 of the NIA Act.

The Bombay High Court had dismissed her plea for interim bail on medical grounds in August last year where she had stated that she suffered from co-morbidities, such as diabetes and hypertension, which put her at higher risk of contracting Covid while at the prison where an inmate had tested positive at that time.

Priest-activist Stan Swamy, 84, also arrested under the anti-terror law UAPA in the Elgar Parishad case last year, died in July in the midst of the fight for bail on health grounds.

Another accused in the case, political activist and poet Varavara Rao, was granted bail on medical grounds earlier this year.

Along with Ms Bharadwaj, eight other accused - Sudhir Dawale, Varavara Rao, Rona Wilson, Surendra Gadling, Shoma Sen, Mahesh Raut, Vernon Gonsalves, and Arun Ferreira - had applied for bail on similar grounds but the High Court had rejected their applications stating that the applications were not filed on time and hence could be considered.

Rights group People's Union for Civil Liberties welcomed the default bail granted to Sudha Bharadwaj and said that it sees it "as a vindication of the long campaign against the UAPA by the PUCL and other allied groups. It indicates a shift in the larger public mood and judicial mindset towards acknowledging the UAPA as an unjust and undemocratic tool to stifle any viewpoint which the government considers problematic." Dr. V. Suresh, General Secretary of PUCL, said that the organisation's "ultimate objective" is the repeal of the controversial anti-terror law UAPA and ensure the release of all who have been "unjustly imprisoned" under it. The civil rights organisation is also campaigning for the withdrawal of prosecution against all 16 accused in the Bhima Koregaon case.