According to her, Netaji Subhas Chandra Bose died in an air crash in Taiwan on August 18, 1945 and his remains are preserved at Tokyo's Renkoji temple since September 1945. 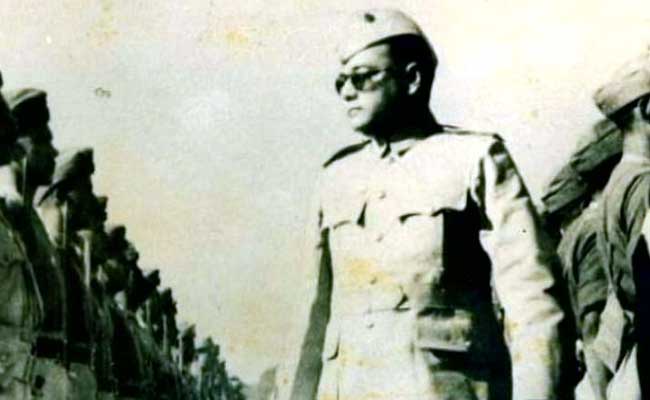 His daughter said that it would be appropriate if at least his remains touch the soil of India.

Netaji Subhas Chandra Bose's daughter Anita Bose-Pfaff has renewed her appeal to the governments of India and Japan for bringing her father's mortal remains back home.

According to her, Netaji Subhas Chandra Bose died in an air crash in Taiwan on August 18, 1945 and his remains are preserved at Tokyo's Renkoji temple since September 1945.

"On the 73rd anniversary of my father's passing away, I renew my appeal to the governments of India and Japan to facilitate a transfer of his mortal remains from Japan to India for a final disposal," she said.

"It was my father's ambition to return to a free India. This was unfortunately not fulfilled. Therefore, it would be appropriate if at least his remains touch the soil of Independent India. My father was a devout Hindu. Thus, it is perhaps befitting as per custom to immerse at least part of his remains in the river Ganga," she added.

In a statement, Hirabayashi, a former Japanese ambassador to India, said, "The ashes of Netaji Subhas Chandra Bose kept at Renkoji Temple (in Tokyo) have long been waiting for the official confirmation, already overdue, by the government of India as authentic."

The Renkoji Temple held its annual memorial service yesterday to honour and pay homage to Netaji.

Some purported documents giving evidence on how Netaji died after a plane crash in Taipei and the transportation of his remains to Tokyo have been published recently in a book by Ashis Ray.

In her foreword to the book, "Laid to Rest: The Controversy over Subhas Chandra Bose's Death", published by Roli earlier this year, Bose-Pfaff wrote that "the only consistent story about Netaji's demise remains his death in a plane crash on 18 August 1945."

She had also said that a DNA test of the remains of Netaji would put to rest the doubts of people over his death.

"For most of those people who continue to doubt Netaji's death in Taihoku in August 1945, one possible option for proof would be a DNA test of the remains of Netaji - provided DNA can be extracted from the bones remaining after his cremation," Ms Bose-Pfaff wrote.

According to Ms Bose-Pfaff, if the state of general information available in the later 1940s is considered, it is understandable that at the time, an uncertainty prevailed regarding what had happened to Netaji.

"After all, some documents had not been made public at that time. When Sarat Chandra Bose died in 1950 he could still cling to the hope that his beloved brother had not died. And his belief also upheld Emilie's hope that her husband had survived," she said.

"However, as evidence became available from the mid-1950s, the only consistent story about Netaji's demise remains his death in a plane crash on 18 August 1945.

"For me personally, this fact was brought home most strikingly when I had the opportunity to be present during the interview of one of the survivors of the plane crash by Professor Leonard Gordon in Tokyo in 1979," Ms Bose-Pfaff wrote.