During their first in-person summit, the Quad leaders reaffirm that the Afghan territory should not be used to threaten or attack any country or to shelter or train terrorists, or to plan or to finance terrorist acts. 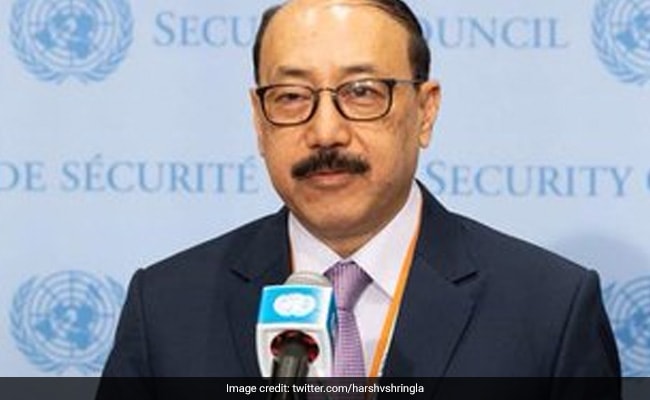 Many elements of Security Council resolution 2593 on Afghanistan are reflected in Quad: Foreign Secretary

There was "certainly" a strong sentiment within the Quad that Afghanistan is a "high priority" and unity on the issue is very "pertinent", Foreign Secretary Harsh Vardhan Shringla said on Saturday.

He added that many of the elements of Security Council resolution 2593 on Afghanistan are reflected in the Quad - the US, India, Australia and Japan -- joint statement.

"Certainly within the Quad, there was a strong sentiment...it is in the joint statement that the Quad has issued, that Afghanistan is a high priority," Mr Shringla said in response to a question by PTI at a press conference Saturday after Prime Minister Narendra Modi's address to the 76th session of the UN General Assembly.

During their first in-person summit, the Quad leaders reaffirm that the Afghan territory should not be used to threaten or attack any country or to shelter or train terrorists, or to plan or to finance terrorist acts. They also reiterate the importance of combating terrorism in Afghanistan.

"We stand together in support of Afghan nationals, and call on the Taliban to provide safe passage to any person wishing to leave Afghanistan, and to ensure that the human rights of all Afghans, including women, children, and minorities are respected," the joint statement said.

"This is, in some senses, a fairly accurate description of the conversation that took place among the leaders of the Quad group. And I think, unity when it comes to Afghanistan is very very pertinent and I think all the Quad leaders recognise that our interests converged," Mr Shringla said.

Mr Shringla highlighted that PM Modi, in his UNGA address, laid very strong emphasis on the international community speaking out in one voice and also taking responsibility for a number of issues, particularly the issue of the human rights of women, children and minorities.

The resolution demands that Afghanistan's territory not be used for terrorism to the detriment of any of its neighbours or any other country. It also enjoins on them to respect the human rights of women, children and minorities and asked for unimpeded access for humanitarian assistance and also that there should be an inclusive, negotiated political settlement.

Mr Shringla said India will certainly work with its partners, both regional and global, in ensuring that many of these important aspects, including the evacuation of Afghan nationals who want to leave the country are fulfilled.

"These are very important requirements and these are also in some sense commitments that the ruling dispensation had made as they first entered Kabul," he said, adding that "we would like to see those obligations and commitments being fulfilled."