Researchers found that since 2002 a drying trend has given way to a much wetter pattern, with stronger monsoons supplying much-needed rain, along with powerful, damaging floods, to the populous north central region of India. 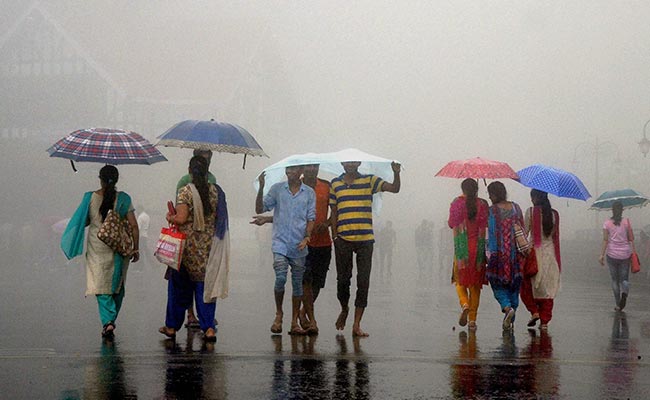 An MIT study on 'Monsoons in India' suggests that since 2002, a 50-year dry spell has been reversed

Boston: Monsoons have strengthened in India over the past 15 years, reversing a 50-year dry period during which northern and central India received relatively little rainfall, an MIT study has found.

Monsoons bring rainfall to the country each year between the months of June and September.

Researchers found that since 2002 a drying trend has given way to a much wetter pattern, with stronger monsoons supplying much-needed rain, along with powerful, damaging floods, to the populous north central region of India.

A shift in India's land and sea temperatures may partially explain this increase in monsoon rainfall, according to the study published in the journal Nature Climate Change. Researchers note that starting in 2002, nearly the entire Indian subcontinent has experienced very strong warming, reaching between 0.1 and 1 degree Celsius per year. Meanwhile, a rise in temperatures over the Indian Ocean has slowed significantly.

According to Chien Wang, a senior research scientist at Massachusetts Institute of Technology (MIT) in the US, this sharp gradient in temperatures - high over land, and low over surrounding waters - is a perfect recipe for whipping up stronger monsoons.

"Climatologically, India went through a sudden, drastic warming, while the Indian Ocean, which used to be warm, all of a sudden slowed its warming," Mr Wang said.

"This may have been from a combination of natural variability and anthropogenic influences, and we are still trying to get to the bottom of the physical processes that caused this reversal," he said.

From yearly measurements, scientists had observed that, since the 1950s, the monsoons were bringing less rain to north central India - a drying period that did not seem to let up, compared to a similar monsoon system over Africa and East Asia, which appeared to reverse its drying trend in the 1980s.

However, researchers found that India has already begun to reverse its dry spell.

The team tracked India's average daily monsoon rainfall from 1950 to the present day, using six global precipitation datasets, each of which aggregate measurements from the thousands of rain gauges in India, as well as measurements of rainfall and temperature from satellites monitoring land and sea surfaces.

Between 1950 and 2002, they found that north central India experienced a decrease in daily rainfall average, of 0.18 millimetres per decade, during the monsoon season.

To their surprise, they discovered that since 2002, precipitation in the region has revived, increasing daily rainfall average by 1.34 millimetres per decade.

"The Indian monsoon is considered a textbook, clearly defined phenomenon, and we think we know a lot about it, but we do not," Mr Wang said.

"Here, we identify a phenomenon that was mostly overlooked," said Mr Wang who collaborated with Qinjian Jin from MIT for the study.

The researchers did note a brief drying period during the 2015 monsoon season that caused widespread droughts throughout the subcontinent.

Promoted
Listen to the latest songs, only on JioSaavn.com
They attribute this blip in the trend to a severe El Nino season, where ocean temperatures temporarily rise, causing a shift in atmospheric circulation, leading to decreased rainfall in India and elsewhere.