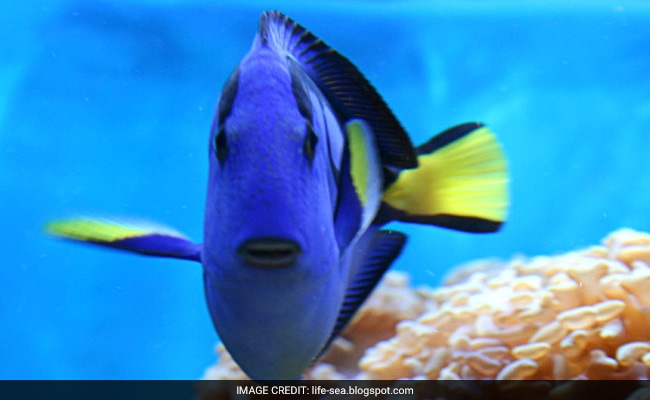 "We are anticipating an increase in the demand for blue tangs as aquarium fish post the release of 'Finding Dory' in India", said an animal welfare organisation in India.

New Delhi: Animal welfare organisations today urged people not to buy 'blue tangs' as pets for their aquariums, anticipating an increase in demand for them following the release of Hollywood animation film "Finding Dory", depicting the story of the salt-water fish. They also warned that the spike in the sale of these species will have a severe impact on it.

They said "Finding Dory" is a sequel to 2003-released "Finding Nemo" which triggered millions of consumers and moviegoers to purchase wild-caught clownfish. "The sudden mass demand and subsequent capture of millions of clownfish from their homes decimated wild populations, causing irreparable harm to both the species and the coral reefs they inhabited," they said in a statement.

Humane Society International, its India counterpart along with the Humane Society of US and other leading global animal conservation groups said all salt-water fish offered for sale for aquariums are captured in the wild and taken primarily from coral reefs in India, Philippines and Indonesia.

"We are anticipating an increase in the demand for blue tangs as aquarium fish post the release of 'Finding Dory' in India."

He said in 2015, Law Commission of India had published a report on the "Need to Regulate Pet Shops and Dog Breeding and Aquarium Fish Breeding" recommending the central government to regulate the trade in pet shops, dog and aquarium fish breeding practices, and take cognizance of the issue. The pet shop, dog breeding and aquarium fish breeding rules are pending notification with the government, the statement said.

Although clownfish have been bred in captivity in the past, captive breeding of blue tangs has not been successful and captive-bred blue tangs are not available for purchase for home aquariums, it said. The species of this size and with natural wide-roaming behavior in the reef, require a minimum tank size of about 700 litres, which is about the size of a small sofa and at least three times larger than the average home tank, it said.