Sterilisation Prohibited for Chhattisgarh's Baiga Women, Still They are Operated on to Meet Targets 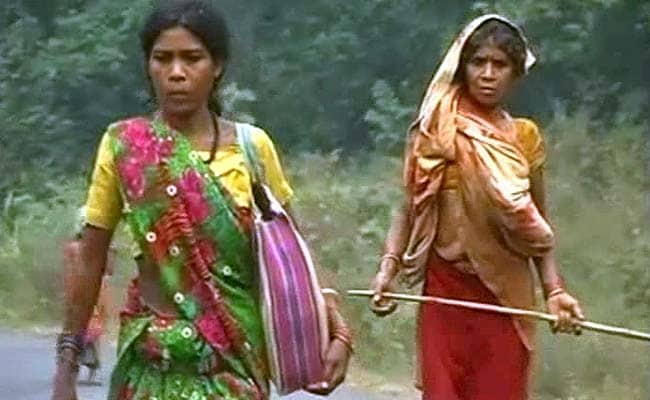 Baigas are a primitive and endangered tribe in Chhattisgarh.

Bilaspur: Stertilisation of Baigas - a primitive and endangered tribe in Chhattisgarh - is prohibited. Yet, last week, 30-year-old Chaiti Bai became the 13th woman to die in the botched sterilizations of Bilaspur. She was also among the half-a-dozen women sterilized from Baigatola, a village nearly 100 km from Bilaspur.

Not all of the Baiga women know about the law and in the tribal-dominated area, and they are persuaded or forced to the sterilization centres by health workers bent on meeting government set targets.

The women are made to sign a consent form that makes the operation legal and absolves the health officials of all responsibility.

"A person from the tribe can undergo sterilisation after a written consent, also, a Collector or the Sub-Divisional Magistrate can permit it," said Bilaspur Collector Siddharth Komal Pardesi.

"We are answerable to the government," added Gorela Block Medical officer A I Minz. "We are given targets on the basis of a block's population. Our target this year is 700-800. There is pressure on us to deliver."

Dr Minz, who was part of the Gorela sterilization camp where Chaiti Bai underwent her operation, said she too, signed a paper, giving her consent to the operation.

But often, the women are not told that they have the right to refuse.

"I did not know that sterilisation of Baiga tribals is prohibited. Had I known, I would not have undergone the surgery. The health officials did not inform me about it," said Manisha Baiga, a resident of Baigatola.

Sometimes their refusal goes unheard. Seema Baiga, a daily wager and mother of three, was forced to undergo the operation by a local nurse, R Mandavi, two years ago. Seema, who knew about the prohibition rule, said, "I told madam I don't want to undergo surgery. But they forced me to get the surgery done."

Promoted
Listen to the latest songs, only on JioSaavn.com
There have even been cases when the caste of the woman is changed in the sterilization operation forms to bypass the law, some of the villagers said.

"This is a matter of investigation. I will take this up with the Sub-Divisional Magistrate," said Dr Minz.
Comments
Chhattisgarh sterilisationBaigasBilaspur