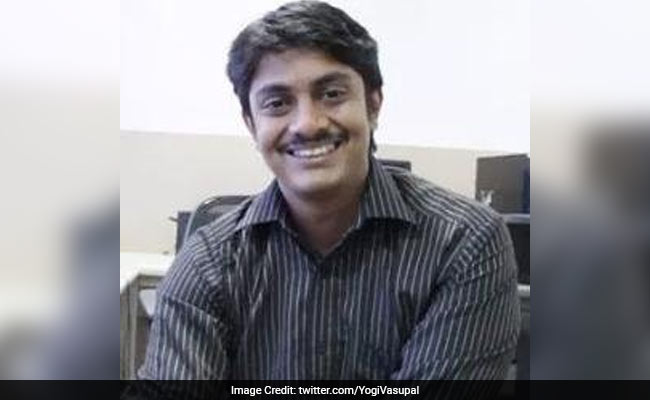 Yogendra Vasupal, co-founder of Stayzilla, was arrested on the night of March 14 in Chennai

New Delhi: India's biggest tech titans have written to Home Minister Rajnath Singh against the manner in which the owner of Chennai-based start-up Stayzilla has been arrested and treated. "What Yogi and his family are going through now make India look like the worst place, a nightmarish choice to become an entrepreneur," says the letter, signed by 73 tech bosses. "If ever there's a right to be an entrepreneur, that's clearly been violated. Period. The question is not how this will affect entrepreneurship today, but how young Indians looking to become entrepreneurs in the future will give up even before starting up," declares the note.

Dear Sir,
We would like to express our concern and draw your attention towards the manner in which Yogendra Vasupal (Yogi), Founder and CEO, Stayzilla was arrested with regard to the matter registered as FIR 71/2017 CCB Chennai and the alleged influence including harassment by the concerned officials in Chennai, Tamilnadu.

Although we do not wish to prejudge to the matter, the Stayzilla case and it's locked up founder underscore the hardships of being an entrepreneur in India. If ever there's a right to be an entrepreneur, that's clearly been violated. Period.

The question is not how this will affect entrepreneurship today, but how young Indians looking to become entrepreneurs in the future will give up even before starting up.

You can find as many technical flaws and loopholes about a client-vendor contract (which by the way can be contested in the long term), and go roundabouts regarding how "an innocent" vendor was forced to abuse, intimidate and even send voodoo dolls with the picture of entrepreneur's kids.

The point is, all this appears to be a Bollywood nightmare, and unlike the movies, there are no real life superheroes to fight the battle. How you wish there actually was a superman who could stop it then and there. This doesn't necessarily wipe out the faith in judiciary. If anything, a fair judicial probe and hearing, is the only hope from hereon.

But all this does shake the faith when it comes to starting up in India, building a company from scratch. As a founder, we already have enough battlefronts, from acquiring customers to funding growth and ensuring the startup doesn't die. You add a disgruntled vendor using position of power and influential network to make you go through hell, and suddenly, it becomes a battle lost.

When Yogi was walking on a Chennai street, couple of cops in plain clothes drove past, snatched his mobile phone and asked him to come to the police station. they assured him they were aware of all the intimidations from Aditya. By the time he reached the police station, things changed.

Has Yogi siphoned away money?

Was he running away from any enforcement agencies or the debtors?

Has he ever threatened and visibly intimidated the vendor and his family?

How will he protect his own family when he is locked inside the jail, and those announcing ways to intimidate his wife and kids (on Facebook) are out in the open?

If the answer is none of the above, then why on earth has he been locked up in jail for a week, away from his wife and two children?
Of course the judiciary will eventually get to the bottom of this case after a fair trial, and God willing, Yogi will walk out of the jail. But what Yogi and his family are going through now make India look like the worst place, a nightmarish choice to become an entrepreneur. He has not had a bail hearing despite being jailed for 7 days. This is already had global repercussions and besmirched India's reputation in Silicon Valley and elsewhere.

We are standing up together as a community and believers in the vision of Honble Prime Minister, Shri. Narendra Modi for "Startup India. Stand-up India" to call for a free and fair investigation into the dispute and strongly oppose any abuse of power to subvert the law of land. We humbly request you to look into this matter and ensure that expeditious justice is provided to Yogi.