Speaking to NDTV, Shivraj Singh Chouhan said, "This is just impossible. States cannot refuse to implement an Act passed by parliament. They will have to implement the Act." 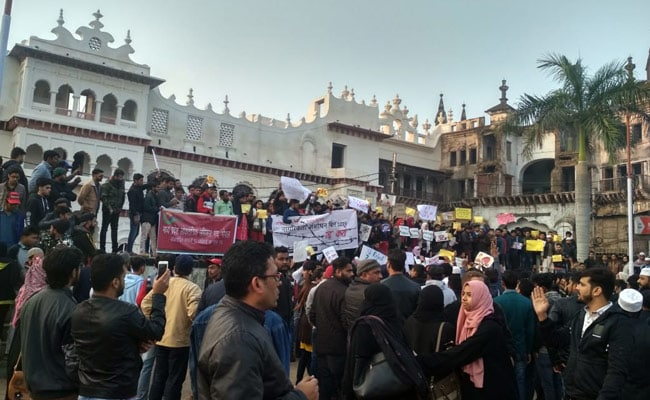 The Kamal Nath-led Congress government today completed its first year in power in Madhya Pradesh. Marking the occasion, former Prime Minister Dr Manmohan Singh released the Congress government's Madhya Pradesh Vision to Delivery Roadmap 2020-2025 at a grand function in Bhopal. At the same time, BJP workers led by former chief minister Shivraj Singh Chouhan marched from Roshanpura, crossing to the Raj Bhavan, demanding the implementation of the Citizenship Act in the state. The move by the BJP was seen as a show of strength on the first day of the state assembly's winter session.

Speaking to NDTV, Shivraj Singh Chouhan said, "This is just impossible. States cannot refuse to implement an Act passed by parliament. They will have to implement the Act."

Leader of opposition Gopal Bhargava alleged, "The Congress has started misleading and provoking the Muslim population over the issue, despite the amended Act not being against the Muslims."

Congress MLA from Bhopal, Madhya Arif Masood, had on Thursday threatened that if the Citizenship Act and the National Register of Citizens were implemented in the state, he would resign from the Vidhan Sabha. Chief Minister Kamal Nath had said that the Congress's official stand over the issue will be state government's official stand in Madhya Pradesh.

Ministers like Priyvrat Singh and Govind Singh Rajput has echoed their voice, adding in that Chief Minister Kamal Nath will decide which Act they want to implement, not Shivraj Singh.

There have been nationwide protests against the amended Citizenship Act, which aims to make it easier for non-Muslim migrants from Afghanistan, Pakistan and Bangladesh to become Indian nationals.

Former PM Manmohan Singh, while releasing the vision document of the state, said that the document consists of vision for all the 11 sectors at the top level. He also praised the roadmap for having a system of periodic monitoring at every level and added it has reaffirmed the government's commitment to deliver within the committed timeframe.