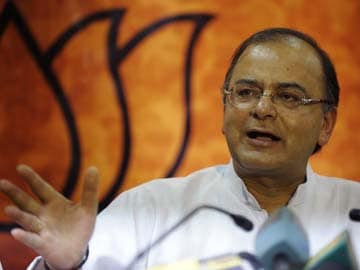 New Delhi: The BJP today dismissed the allegations made by senior Gujarat IAS officer Pradeep Sharma against Narendra Modi in the controversy surrounding the stalking of a woman as a Congress conspiracy.

"They are back to their old game of detecting a disgruntled police officer or a civil servant and getting him to make absurd charges," senior BJP leader Arun Jaitley posted on his Facebook page today.

The BJP leader was responding to Mr Sharma's claim that he was asked to provide special favours to the woman who was placed under surveillance allegedly under the orders of the Gujarat Chief Minister. (Modi asked for contracts to be given to woman architect, claims IAS officer)

Mr Sharma, in an exclusive interview with NDTV, yesterday said the woman and Mr Modi developed an independent association over mobile phones and emails, which she shared with him. He claimed that at some point, Mr Modi feared that the woman had shared a sensitive video clip with him, and hence placed him under surveillance, as well as slapped false charges on him.

In his Facebook post today, Mr Jaitley said the Congress's strategy of detecting "disgruntled police officers or civil servants" and getting them to make "absurd charges" won't work.

"The Congress is on the back foot as far as the leadership battle is concerned. Today it is under the impression that tweets, taunts and press conferences of its' second row leaders will match Modi," Mr Jaitley said.

Two news portals - Gulail and cobrapost.com - recently claimed that audio tapes with the Central Bureau of Investigation or CBI reveal that in 2009, Gujarat's then Home Minister Amit Shah ordered the state's senior police officers to spy on Mr Sharma and the woman at the behest of a "sahib" or "boss."

The Congress has alleged that Mr Modi was the "boss" referred to in those conversations, whose authenticity has not been corroborated by the CBI.
Comments
Stalk-GateNarendra Modi