Staked Claim As We Have Numbers In Jammu And Kashmir, Says Sajjad Lone

A political tussle broke out in Jammu and Kashmir soon after Governor Satya Pal Malik suddenly dissolved the state assembly on Wednesday. 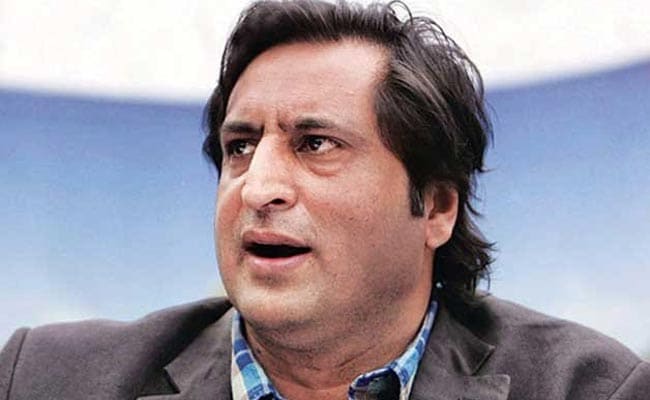 Sajjad Lone said he was happy to get dynastic parties together.

Sajjad Gani Lone, chairman of Jammu and Kashmir People's Conference, on Friday said that he staked claim to form the government in the state as he possesses the required number of legislators in the Assembly.

"We staked the claim as we had the numbers. Had there been a floor test or had we been told to bring in the numbers, then what is within the purview of the constitution would have happened," Mr Lone told news agency ANI.

To counter the move to form a government by Congress- People's Democratic Party (PDP)-National Conference (NC), Mr Lone on Wednesday staked claim to form a government in the state with the support of the 25-legislator strong Bharatiya Janata Party (BJP) and more than 18 other lawmakers.

The People's Conference Chairman dared the PDP to go to the court if they have the required numbers.

"If they (PDP) are so aggrieved they can go to the court but they will not because they don't have the numbers," he said.

Reacting to arch-rivals PDP and NC coming together with the Congress to stake claim to form a new coalition government in the state, Mr Lone said, "We are happy that we got these dynastic parties together."

A political tussle broke out in Jammu and Kashmir soon after Governor Satya Pal Malik suddenly dissolved the state assembly on Wednesday.

Mr Malik dissolved the assembly hours after PDP chief Mehbooba Mufti and BJP ally Sajid Lone of the People's Conference staked claim to form a government in the state.

Former Jammu and Kashmir Chief Minister Mehbooba had attacked Mr Malik for dissolving the assembly shortly after she wrote a letter to him staking claim to form the government in alliance with the NC and Congress.

Earlier on Wednesday, the PDP, NC, and Congress confirmed their alliance to preserve the state's special status (Article 370).

Political drama began in the Valley after the BJP pulled out of its alliance with the PDP citing examples of growing acts of "terrorism, violence, and radicalisation" in the state over the past few years.