Srinagar Cop Returns Bag With Rs 90,000 To Owner. It Had Pension Savings

The Jammu and Kashmir Police said that during checking at Qamerwari in Srinagar, policeman Umar Mushtaq found a bag containing Rs 90,000. 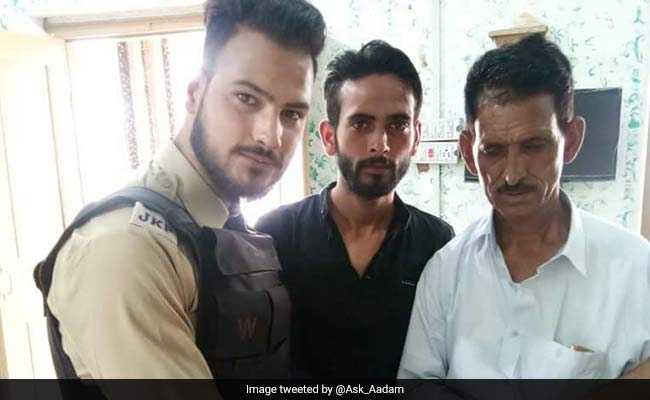 The honesty of the policeman has won him a lot of praise on social media.

In a heart-warming gesture, a Jammu and Kashmir policeman returned a bag of Rs 90,000 cash to its owner.

The owner, Abdul Aziz Malla, had recently retired from the Department of Srinagar Municipal Corporation and the bag contained his pension amount.

The Jammu and Kashmir Police said that during checking at Qamerwari in Srinagar, policeman Umar Mushtaq found a bag containing Rs 90,000. He informed his duty officer who in turn conveyed it to the in-charge police post in Qamerwari.

Mr Malla had meanwhile registered a complain of a missing bag with cash and after proper verification, the bag was returned to the owner by the policeman.

The honesty of the policeman has won him a lot of praise on social media. "Honesty is still alive", "Hats off to Umar Mushtaq" and "May Allah bless the supercop" are some of the comments on the post.

Proud act #umarmustaq@JmuKmrPolice example set such as u shall follow in future... Jai hind

Act of honesty by policeman SPO umar mushtaq found a bag containing Rs. 90,000. Posted at Police Post Qammerwari has handed over Ninety thousand to the owner. We salute you and your honesty. pic.twitter.com/navoglMcgb

Sg.ct Farooq Ah operator with Principal PTS Manigam handing over a bag Containing some valuables and Rs 21000 cash to Venketesavar Rao R/O district Guntur Tamil Nadu.The couple had lost the bag in Manigam base camp while returning back from Amarnath Yatra. pic.twitter.com/sUk2eMUrlz

The Jammu and Kashmir police also shared another post where valuables worth Rs 21,000 were returned to a couple who had lost it in Manigam base camp while returning from Amarnath Yatra.