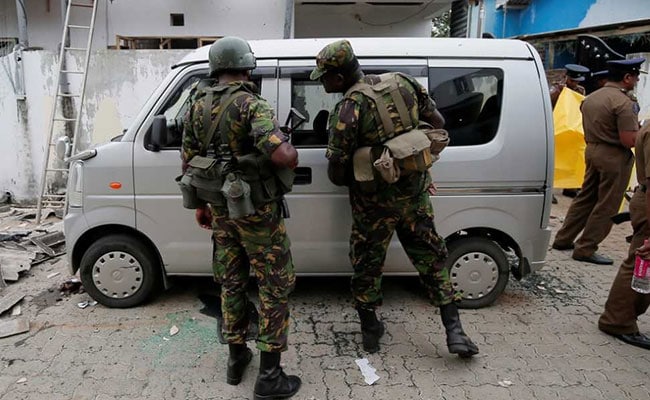 Female bombers posing as devotees may have been planning to attack Sri Lanka's Buddhist temples after authorities seized white clothes from a house that was raided following Easter Sunday blasts, a media report said today.

The Sri Lankan intelligence agency has received inputs of possible attacks on Buddhist temples by female bombers of the banned local terror outfit National Thawheeth Jamath (NTJ) after police found white pairs of skirts and blouses from the house, which was raided after the explosion in Sainthamuruthu area in the Eastern province.

This raised suspicion that the attackers might pose as Buddhist devotees, the Daily Mirror reported.

On March 29, Muslim women had spent 29,000 Sri Lankan rupees (USD 166) to purchase nine sets of such clothes from a textile shop in Giriulla, the report said.

The CCTV footage of the shop shows the visuals of these women who purchased clothes from the shop.

So far, five sets of white clothes have been found from this house and intelligence services are trying to find the remaining clothes.

Sri Lankan authorities say that there was one women among the nine bombers who carried out the country's worst terror attack, killing 253 people and injuring over 500 others.

Six children and three women were among 15 people killed on Saturday when terrorists linked to the Easter Sunday bombings opened fire and blew themselves up during a fierce gun battle with security forces.

The shootout occurred as the security forces continued their hunt for members of the NTJ.

Meanwhile, the Sri Lankan government has banned Muslim women from wearing any form of face veils in public from today.

President Maithripala Sirisena, who used emergency powers in the wake of the Easter Sunday bombings, prohibited the use of face coverings of all sorts which is an obstacle to ensure the identity of the people and a threat to national and public security.

The order clarifies that the key criterion for establishing the identity of a person is the need to clearly expose the face.

A total of 106 suspects, including a Tamil medium teacher and a school principal, have been arrested in connection with the Easter Sunday blasts.

According to Sri Lanka's Foreign Ministry, the number of foreign nationals who have been identified as killed remained at 40, including 11 from India.