Seven people were killed and 19 injured in the terror attack on Amarnath Yatra pilgrims this week. 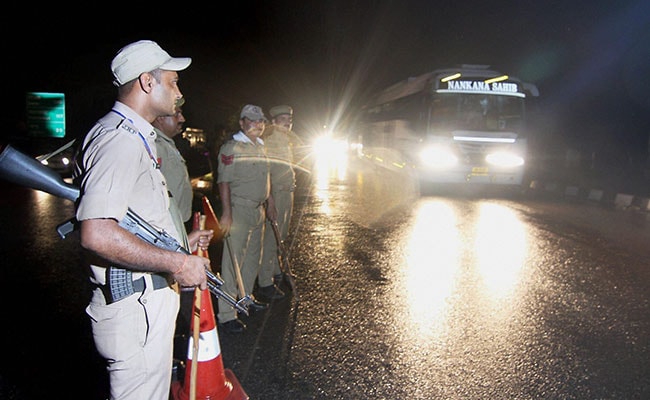 Security for the Amarnath Yatra was stepped up in Jammu and Kashmir after the attack.

Srinagar: Jammu and Kashmir police have constituted a Special Investigation Team or SIT to probe the terror attack on Amarnath Yatra pilgrims in which seven were killed and 19 injured on Monday.

The SIT is headed by Swayam Paraksh Pani, Deputy Inspector General of Police South Kashmir. Mr Pani, with the reputation of an ace investigator, has worked in the National Investigating Agency or NIA for a long time and investigated crucial terror cases.

The SIT was formed after little or no headway was made into the terror attack case investigations. 19 pilgrims were also injured in the attack. The bus came under heavy firing when it reached Botengo neighbourhood in Anantnag at 8:15 pm on Monday evening. Except a wireless interception that Lashkar-e-Taiba terrorist Abu Ismail was behind the attack, police are still groping in darkness about other people involved in the attack.

"We have formed the SIT not only to identify the attackers and track them down, we want to expose the entire conspiracy why the Yatra was attacked," said a senior police officer. He said they don't want to entirely rely on the intercepted communication because sometime these are decoys meant to throw-off investigators.

"Our initial investigation reveals that terrorists came on two motorcycles and fired on the bus. We have to see who provided those motorcycles," the officer said.

Sixty pilgrims were returning from their visit to the holy shrine about 50 km from Pahalgam when their bus when came under heavy fire from the terrorists. It was only because of the exemplary bravery and presence of mind shown by the driver of the bus Sheikh Saleem Gafoor Bai who kept driving through the gunfire that saved many lives.
Comments
Amarnath Yatra AttackJammu and KashmirAmarnath Attack Probe