Jaspal Atwal was convicted of a botched attempt to assassinate Punjab minister Malkiat Singh Sidhu in Vancouver in 1986, and was sentenced to 20 years 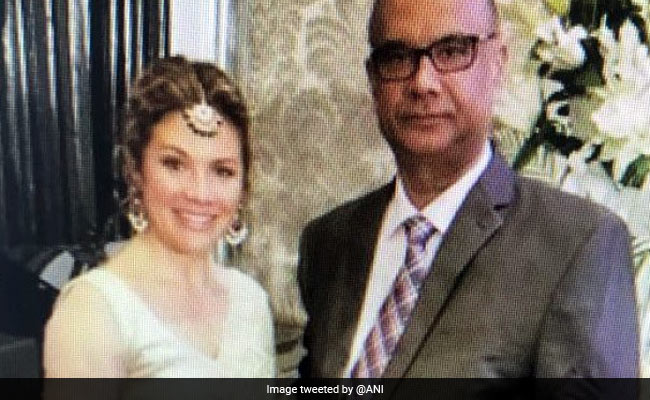 Vancouver: Jaspal Atwal, a convicted pro-Khalistan terrorist whose presence at an event during Canadian Prime Minister Justin Trudeau's India visit caused massive uproar, has apologised for causing "embarrassment to Canada and India". He also offered his 20-point explanation during a press conference in Vancouver on Thursday.

"Canada is my home. India is my homeland. I am very proud to be a Canadian of Indian heritage. I am sorry for any embarrassment this matter has caused to Canada, India, my community and my family," said Atwal in his statement.

The Canadian media had spotted him in photographs with PM Trudeau's wife Sophie Trudeau and Canadian minister Amarjeet Sohi at the Mumbai event. His invite to another official dinner in Delhi was cancelled by Canadian High Commissioner Nadir Patel.

PM Trudeau took no time to disapprove of Atwal's presence in India and promised action against "the person responsible" for inviting him to two of his official events in India.

In response, Canadian lawmaker Randeep Sarai took "full responsibility for my actions" and accepted that "I alone facilitated (Atwal)'s request to attend this important event. I should have exercised better judgment".

Jaspal Atwal was a Sikh separatist active in the banned International Sikh Youth Federation when he was convicted of a botched attempt to assassinate Punjab minister Malkiat Singh Sidhu in Vancouver in 1986, and was sentenced to 20 years. A judge called it "an act of terrorism".

Atwal visited India numerous times since his release, he said, and added that each time he was given visas by the Indian government, and Canada placed no restriction on his travels.

"When I asked to be considered to attend the reception (in India) I had assumed there would be no problems. I was eventually provided an invitation by the Canadian ambassador," he explained.

However, he was "completely shocked and devastated" by the media attention his appearance in India invited. He also said it was unfair to raise his decades-old conviction.

"I don't fault the press for the reporting, but I do want everyone to appreciate how difficult it is for a person to become the centre of international media attention," Atwal added.

The whole Atwal episode is considered a huge blunder, which was shadowed by speculation of a frosty reception to Prime Minister Trudeau.

Promoted
Listen to the latest songs, only on JioSaavn.com
Canada is home to roughly half a million Sikhs and Trudeau's administration has been accused of backing those campaigning for a separate Khalistan. Mr Trudeau particularly riled New Delhi last year when he attended a parade at which Sikh militants were feted as heroes.

Punjab Chief Minister Amarinder Singh, who doesn't miss an opportunity to accuse Mr Trudeau's government and his ministers of a soft approach towards Khalistanis, met the Canadian delegation in Amritsar. The Chief Minister said he had raised the "Khalistan issue" with Mr Trudeau and had been assured that Canada does not support any separatist movement in India or elsewhere.