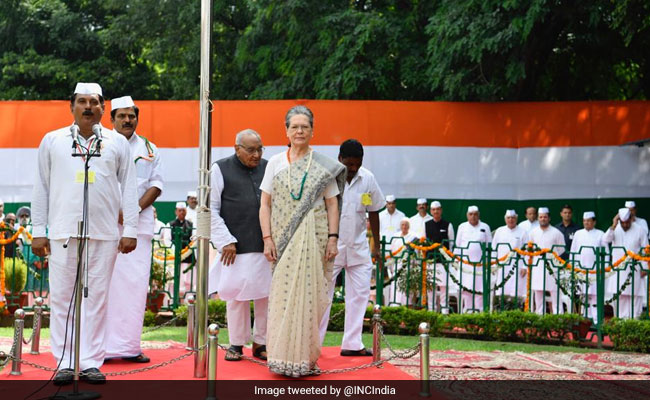 Congress president Sonia Gandhi unfurled the national tricolour at the party headquarters here on the 73rd Independence Day on Thursday.

The ceremony ended with the recital of the national anthem.

A group of children present on the occasion greeted Sonia Gandhi and Manmohan Singh who presented them sweets.