"Sonia Gandhi Has Given Me Strength," Says DK Shivakumar, Out On Bail

Shivakumar was arrested by the Enforcement Directorate (ED) on September 3 and was sent to judicial custody till October 25. 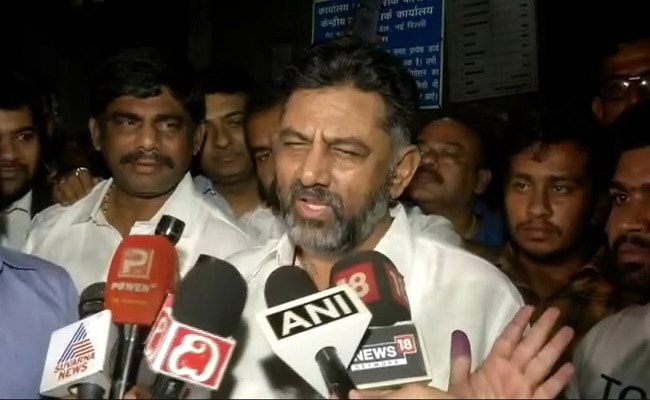 Shivakumar said that the party will stand by all its workers in the hour of need.

Congress leader DK Shivakumar on Sunday said that party president Sonia Gandhi standing by him when he was arrested is a message for the whole country that the party stands by its workers.

"Sonia Gandhi is my leader and she has given me strength. She has stood with a party worker. It is not only DK Shivakumar. This is a message to the entire country," he told ANI.

Shivakumar said that the party will stand by all its workers in the hour of need.

"I never expected or asked for people to come out in support for me. However, people across the country supported me and showed their faith and love. I pray to God to give me strength so I can show them my gratitude and live up to their expectations," he added.

The Congress leader had, on Saturday, said that he will fight for justice.

Shivakumar, who landed in Bengaluru on Saturday, received a warm welcome from his supporters. He was released from Tihar Jail on October 23 after Delhi High Court granted him bail in a money laundering case.

Shivakumar was arrested by the Enforcement Directorate (ED) on September 3 and was sent to judicial custody till October 25.

The alleged money laundering case was registered against him by the ED in September last year, based on a complaint filed by the Income Tax department in which it had alleged tax evasion and hawala transactions amounting to crores.