Mr Chatterjee's family members and the doctors attending to him however, did not disclose the ailment. 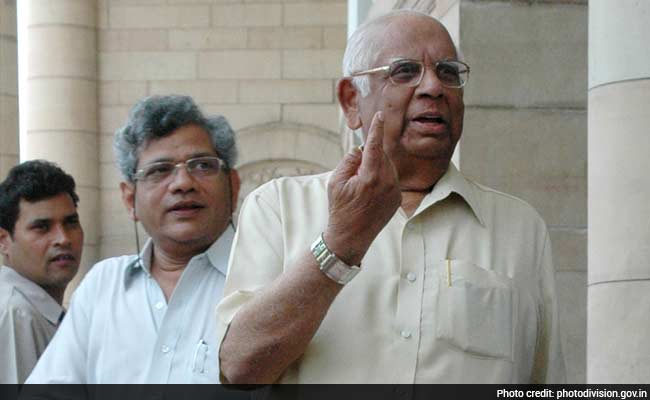 The health of former Lok Sabha speaker Somnath Chatterjee, who was admitted to a city hospital earlier this week, is stable and gradually improving, hospital sources said.

Mr Chatterjee's family members and the doctors attending to him however, did not disclose the ailment due to which the 89-year-old former parliamentarian was admitted to the Intensive Care Unit (ICU) of the hospital.

"The family members do not want the ailment to be disclosed. So, I cannot divulge any details. I can just say that he (Chatterjee) is still in the ICU, but his condition is stable and he is gradually improving," a senior hospital executive said.

He was expelled from the Communist Party of India-Marxist in 2008 for not resigning as the speaker after the party withdrew support from the Congress-led UPA government over the Indo-US nuclear deal.