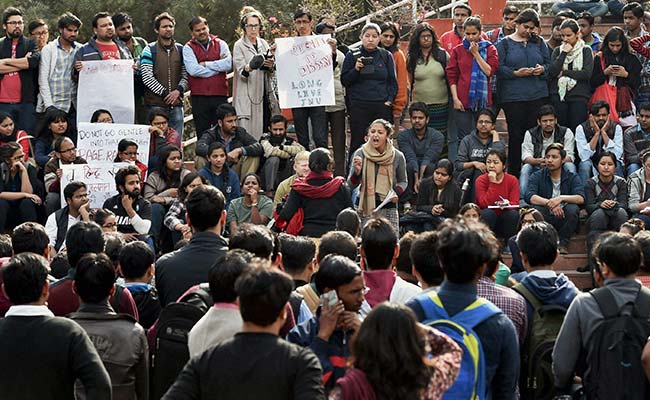 He was addressing the students of Mumbai University on its campus in Kalina in suburban Santa Cruz during an event titled 'Truth of JNU'.

The function witnessed sloganeering by ABVP activists who chanted 'Bharat Mata ki Jai' while the members of Students' Federation of India (SFI) raised slogans against the RSS and the BJP.

He said though JNU is a premier educational institution, its image is getting maligned due to some people.

"We will go to each and every corner of the country to save JNU," the ABVP leader said.

"The High Court in its observation has mentioned that February 9 event at JNU was an anti-national incident. Hence, there should be no doubt that sloganeering took place there," he said.

Mr Pandey said there were two doctored videos of the JNU incident. "However, rest (of videos) were clear. Videos are not the only evidence, there are posters and pamphlets as well," he added.

Mr Pandey said ABVP will vehemently oppose those forces who talk about dividing the nation.