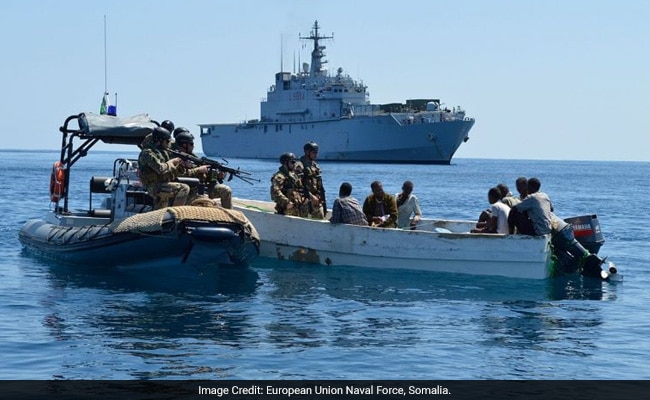 Somali pirates hijacked a commercial Indian ship and it is heading towards Somalia shores. (File Photo)

Bosasso: Pirates have hijacked an Indian commercial ship off the coast of Somalia, the second attack in weeks after years of inactivity by pirates, industry and security sources said on Monday to news agency Reuters.

United Kingdom Maritime Trade Operations (UKMTO), which coordinates the management of all merchant ships and yachts in the Gulf of Aden area, said it had received information that a dhow enroute to Bosasso from Dubai had been hijacked "in the vicinity of Socotra (Island)".

A spokesperson said UKMTO was unable to confirm the location of the vessel, which he identified as Al Kausar, or what had taken place, and that investigations were ongoing.

"We understand Somali pirates hijacked a commercial Indian ship and (it is heading) towards Somalia shores," Abdirizak Mohamed Dirir, a former director of the anti-piracy agency in Somalia's semi-autonomous Puntland region, told Reuters.

Graeme Gibbon-Brooks of UK-based Dryad Maritime Security said industry sources had told him the Indian vessel was enroute to Bosasso from Dubai when it was hijacked on Saturday.

Promoted
Listen to the latest songs, only on JioSaavn.com
The pirates were on board and were taking the ship and its 11 crew members to Eyl in Puntland, he said.

The Ministry of External Affairs told Reuters it could not confirm the hijack. But the news agency said an Indian government official briefed on the incident confirmed the crew's number, said they were all Indian, that the vessel was an unmechanised dhow, and that officials were in touch with the Somali government.