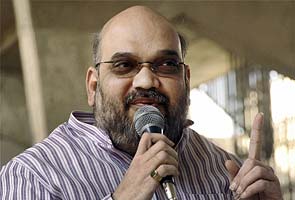 Mumbai: The process of trial in the Sohrabuddin Sheikh fake encounter case moved a step forward with a local court today issuing summons to all the 18 accused, including former Gujarat minister Amit Shah.

The court directed them to appear before it on November 9. "The local court will then commit the case to the special CBI court," said special CBI prosecutor Ejaz Khan.

On October 16 the Gujarat High Court had dispatched records pertaining to the case to Bombay High Court.

The Supreme Court on September 27 ordered the transfer of the 2005 case to Maharashtra after the CBI said witnesses were being intimidated and the trial could not be held in a free and fair manner in Gujarat.

The CBI alleged that Mr Shah, a former minister of state for home, was the kingpin of the conspiracy in the encounter episode in which most of the accused are policemen, some of them from IPS.

The agency had also prayed for the transfer of the Tulsi Prajapati encounter case out of Gujarat. Prajapati was a close aide of Sheikh, an alleged gangster. The CBI has maintained that both cases are closely connected and their trials should be held together.

Sohrabuddin and his wife Kauser Bi were allegedly abducted by Gujarat's Anti-Terrorism Squad from Hyderabad and killed in a fake encounter near Gandhinagar in November 2005.

Prajapati, a key witness to the encounter, was allegedly killed by police at Chapri village, Banaskantha district, in December 2006.
Comments
Sohrabuddin fake encounter