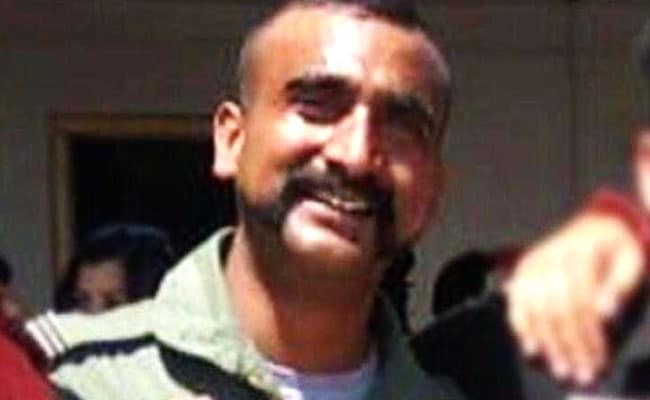 IAF pilot Abhinandan Varthaman home to a hero's welcome after captivity in Pakistan.

Union Minister Smriti Irani this morning shared a meme on Indian Air Force pilot Abhinandan Varthaman who was captured by Pakistan and returned home to a hero's welcome last Friday.

The line is from one of the now-deleted videos circulated by Pakistan of Wing Commander Varthaman when he was in captivity. The video showed the pilot, with a swollen eye, sipping tea, saying he was being "well looked after" by officers of the Pakistani army.

A Pakistani officer could be heard asking the pilot, "You hail from which place in India (sic)?"

Abhinandan Varthaman replies, "Am I supposed to tell you this? Major, I am sorry. I am from down South."

"I hope you like the tea," the voice says. The pilot replies that the "tea is fantastic, thank you."

The Pakistani officer then asks which aircraft he was flying.

Wing Commander Varthaman  gives a stern reply. "I am sorry, Major. I am not supposed to tell you this but I am sure you found the records," he says.

What was his mission? "I am sorry, I am not supposed to tell you this," the pilot repeats.

Pakistan took off the videos as it was accused of violating the Geneva Convention.

Abhinandan Varthaman has said that Pakistani authorities did not physically torture him during the nearly 60 hours he spent in their custody but subjected him to considerable "mental harassment", news agency ANI quoted sources as saying after his return to India.

The pilot, who is being treated at the military hospital in Delhi, has injured his ribs and lower spine, medical tests showed. He told senior Air Force officers that is he is raring to return to the cockpit.

The MiG-21 Bison fighter jet that Wing Commander Varthaman was flying was shot down by the Pakistan Air Force during an air combat last Wednesday. He ejected and landed into the Pakistani side of the Line of Control, where he was captured.