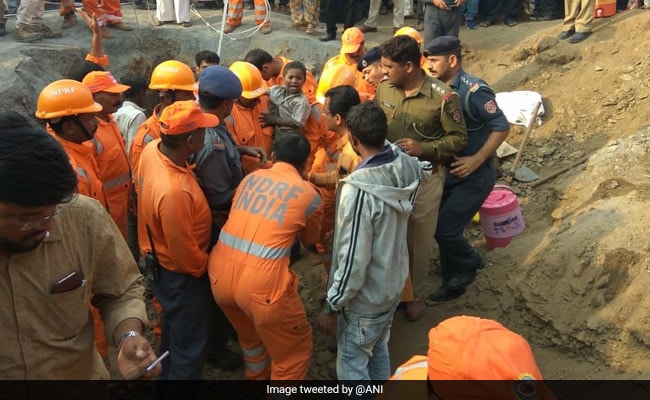 Rescuers bring out the boy from a borewell at a village in Pune district, Maharashtra

A six-year-old boy who was trapped in a 200-feet-deep borewell at a village in Maharashtra was rescued this morning after a 16-hour operation, news agency ANI reported.

The boy, whose father is a construction labourer, got stuck at a depth of 10 feet in the borewell after falling into it while playing at 5 pm on Wednesday. The police and a team of the National Disaster Response Force worked through the night to reach the boy and bring him out.

The boy and his family live at a makeshift camp near the borewell, where a road construction is going on.

In photos of the rescue taken by eyewitnesses, an NDRF official in bright orange jumpsuit is seen holding the crying boy, visibly shaken, as he is taken out of a crater that the rescuers had dug where the borewell was.