6 New "Eyes In The Sky" For Air Force, With Air India Planes: Report

Government sources said as per the discussions on the AEW&C Block 2 aircraft to be developed by the DRDO under a Rs 10,500 crore project, the six aircraft would be acquired from the Air India fleet. 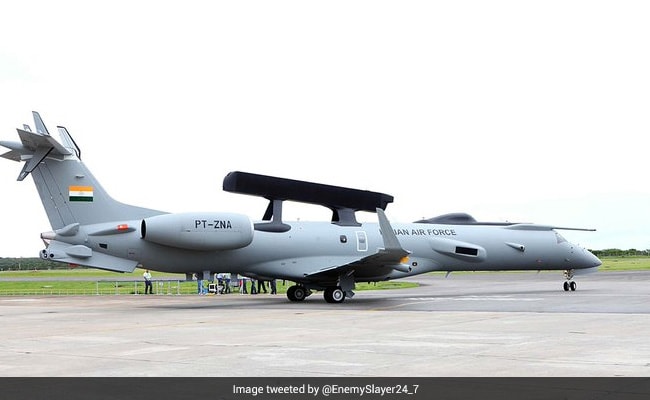 In a major boost for the indigenous defence industry, India is going to make six new Airborne Early Warning and Control planes to be developed by Defence Research and Development Organisation (DRDO) on aircraft from Air India to further improve Air Force's surveillance capabilities along borders with China and Pakistan.

Government sources said that as per the discussions on the AEW&C Block 2 aircraft to be developed by the DRDO under a Rs 10,500 crore project, the six aircraft would be acquired from the Air India fleet and modified to fly with a radar that will give 360-degree surveillance capability to the defence forces.

"The six AEW&C block two planes would be highly capable than their predecessor NETRA plane and provide 360-degree coverage deep inside the enemy territory during missions. The government is expected to clear the project soon," government sources told ANI.

The project to build the AEW&C system on existing aircraft from the Air India fleet may also mean that India may not buy the six Airbus 330 transport aircraft planned to be acquired earlier from the European firm, the sources said.

The Defence Research and Development Organisation had earlier planned to build six Airborne Warning and Control System (AWACS) on the Airbus 330 aircraft for which some facilities were planned to be created in Bengaluru.

As per plans, the six new aircraft would be sent to a European destination to the original equipment manufacturer for modification of the planes for installing the radar, the sources said.

Sources said the project has been planned in a way to promote Make in India in defense and Aatmanirbhar Bharat.

Block-I of the project was delayed beyond the scheduled timelines but with the prior experience under its belt, the Centre for Airborne Studies lab of DRDO is planning to complete it in a shorter timeframe.

The IAF has three PHALCON AWACS systems bought by it from Israel and Russia under which the radar is provided by the Israelis whereas the platform used is the Russian Ilyushin-76 transport aircraft.

The two NETRA aircraft provided by the DRDO have also performed very well in the recent conflicts where they have flown extensively to keep an eye on the enemy activity.

The six new "eyes in the sky" would be stationed at different places in the countries for effective surveillance long both the borders, the sources said.