The Centre has recently allowed mountaineering and trekking in 137 peaks across the country, including 24 peaks in Sikkim, in a bid to boost tourism. 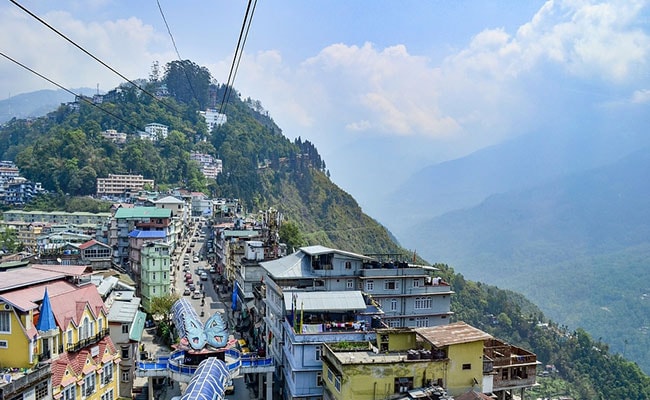 The Sikkim government has urged the Centre to withdraw its notification which opened up 24 peaks of the state to mountaineers, a top official said.

The Centre has recently allowed mountaineering and trekking in 137 peaks across the country, including 24 peaks in Sikkim, in a bid to boost tourism.

The state government has sent a letter to the Centre stating that the opening up of the peaks in Sikkim to mountaineers is a "matter of grave concern" for the state and sought immediate withdrawal of the notification, Chief Secretary Alok Kumar Shrivastava said on Monday.

During a meeting with Ecclesiastical Department Minister Sonam Lama and home and tourism secretaries, Chief Minister Prem Singh Tamang said he, along with Mr Lama, will follow up the matter with the Union Home Minister in view of sensitivity of locals towards the mountains, an Information and Public Relations Department release said.

Several peaks in Sikkim are revered by local residents as sacred.

While Chief Minister Tamang and his predecessor Pawan Kumar Chamling have criticised the move and have urged the Centre to withdraw the notification, former Indian football team captain Bhaichung Bhutia, who is from the state, has taken up the matter with Union minister Kiren Rijiju.

Meanwhile, Sikkim chief secretary AK Shrivastava, during a workshop in Kolkata, said state governments need to be consulted on economic activities before national policies are framed on sectors such as tourism that involve local sentiments around mountain peaks and forests.

Mr Shrivastava was delivering the keynote address at the eastern regional consultative workshop organised by The Energy and Resources Institute under the Partnership for Action on Green Economy.

On the other hand, Dr Cristina Martinez from International Labour Organisation (ILO) stressed on the need to look at climate change as a threat to the future of livelihoods in India, a statement said.

Nagaland's Chief Conservator of Forests Supongnukshi Aier said that sustainable development of the state in tandem with natural resource conservation will require educating people and inculcating a deeper sense of responsibility.