India's micro-finance industry, which provides small loans to entrepreneurs and business owners who have little collateral, was slammed when the government withdrew high-denomination bank notes from circulation 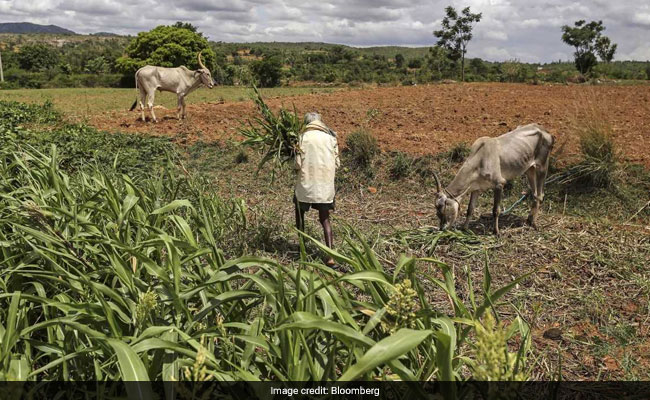 India's vast rural hinterland, which makes up 70 percent of the population, is showing signs of recovery from last year's cash crunch, boosting optimism that increased spending will help the broader economy regain its vigor.

The micro-finance industry is rebounding, real rural incomes are rising and unemployment is falling, according to brokerage Motilal Oswal Securities Ltd. and an Indian unit of HSBC Holdings Plc in analysis that contrasts to the distress that's swept the farming sector.

"We believe repayments and improved collection trends have increased the confidence of companies to start disbursing loans at a healthy pace again," Mumbai-based Alpesh Mehta and colleagues wrote in a report from Motilal Oswal.

India's micro-finance industry, which provides small loans to entrepreneurs and business owners who have little collateral, was slammed when the government withdrew high-denomination bank notes from circulation late last year in a bid to stamp out corruption. And while farmers have taken to the streets across India to protest plunging food prices, laborers who get paid a wage to work the land have actually seen their incomes rise after last year's good monsoon, the HSBC economists wrote.

Loan collection rates in Uttar Pradesh, the most populous state, are largely back at about 98 percent levels, up from less than 50 percent after denomonetization, Mehta, Piran Engineer, and Subham Banka said in their July 3 note. Other major states such as Karnataka are displaying "much improved collection trends," they said.

Micro-finance disbursements, which grew 13 percent last year compared with 80 percent the prior year, are expected to return to pre-ban levels in three to six months, according to Motilal Oswal.

However, Maharashtra is lagging other states and continues to face delinquency pressures, with about 20 percent of loans unpaid 90 days past due, according to Motilal Oswal.

Interactions with micro-finance companies reveal no expectation of disruption from the rise of farm loan waivers in Indian states but instead a focus on the effects of demonetization, the report said. Microfinance Institutions Network -- India's largest group of microfinance firms -- reported that "demonetization severely impacted the micro-finance business in multiple ways including slowing down of growth due to non-availability of cash for a few months."

Motilal intends to observe delinquency trends for a few more quarters before reaching conclusions over the impact of waivers on micro-finance. Maharashtra, Punjab, Uttar Pradesh have all announced, waiver programs.

The rise in credit growth at the micro-finance level is complemented by a rise in rural incomes and purchasing power, according to HSBC Securities and Capital Markets (India) Pvt.

"Macro indicators have improved" in rural India, HSBC economists Pranjul Bhandari, Aayushi Chaudhury, and Dhiraj Nim said in their July 10 note. The plunge in inflation has helped boost annual real income growth to just under 4 percent from contracting levels a year ago while rural unemployment has sunk from about 9 percent last September to around 4 percent, according to HSBC.

Normal rains so far in 2017 and a bumper crop in 2016 after a two-year drought have generated more jobs for rural Indians who work the land -- some 70 percent of rural households who are "landless, according to HSBC.

Promoted
Listen to the latest songs, only on JioSaavn.com
That's help pushed up two-wheeler sales and the production of consumer non-durables in this segment, according to the HSBC report. Shares of companies with substantial rural customer bases are experiencing steady growth.

While falling farm prices have hit many rural Indians hard, they have also boosted purchasing power and consumption among the population which could help a broader recovery in the Indian economy that's suffering from a slowdown in growth, soured loans and weaker manufacturing sector.