Shutdown Observed in Many Areas of Anantnag, Normalcy Returns in Valley 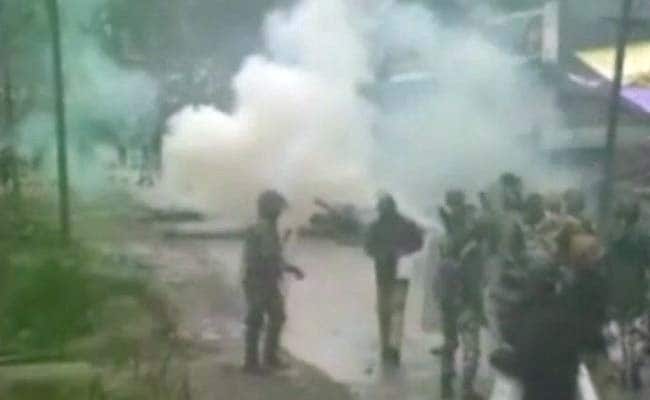 There were heavy clashes between protesters and police in Anantnag district earlier in the day over the killing of a Kashmiri trucker, Zahid Ahmad.

Srinagar: A shutdown is being observed in many areas of south Kashmir's Anantnag district for the second consecutive day today to protest against the death of Udhampur petrol bomb attack victim, Zahid Rasool Bhat, even as life returned to normal elsewhere in the Valley.

"There is a spontaneous shutdown in many areas of Anantnag district. However, no restrictions on the movement of people have been imposed in any area," a police officer said.

He said security personnel have been deployed in sensitive areas to maintain law and order.

The officer said that a group of youth pelted stones on security forces at Batengoo, the native village of Zahid. However, they were chased away.

He said the situation has been brought under control, but continues to remain tense.

Authorities had imposed restrictions in several police station areas in Srinagar and Anantnag districts to maintain law and order.

Kashmir valley witnessed a shutdown and clashes between protesters and police as the truck conductor, Zahid who succumbed to injuries suffered in a petrol bomb attack in Udhampur was laid to rest amid tight security.

A resident of Anantnag, Zahid was conductor of the truck that was en route to Kashmir when a mob attacked it with petrol bombs on October 9. The driver of the truck, Showkat Ahmed is also admitted in the hospital.