Anupama Gulati was killed by husband Rajesh in Uttarakhand capital in 2010; Aftab looked it up after he killed girlfriend Shraddha, say investigators

From hacking the body, to buying a new refrigerator for it, and then throwing these into a jungle over days — Aftab Poonawala's murder of his girlfriend Shraddha Walkar in Delhi has several similarities with Dehradun's Anupama Gulati murder case from 2010. Aftab Poonawala's internet search history shows he read about that case, police today said.

Arrested earlier this week, Aftab Poonawala had killed Shraddha Walkar in May, but police got involved last month as her father came looking. The parents had not been in touch with the young woman as they were opposed to her inter-religion (Hindu-Muslim) relationship.

In the Anupama Gulati case, her husband Rajesh Gulati was sentenced to life in jail in 2017, seven years after he was arrested as the victim's parents came looking for her. He'd managed to hide the murder for two months, while Aftab Poonawala went about life as if nothing had happened — even bringing friends over to his flat — for close to six months. 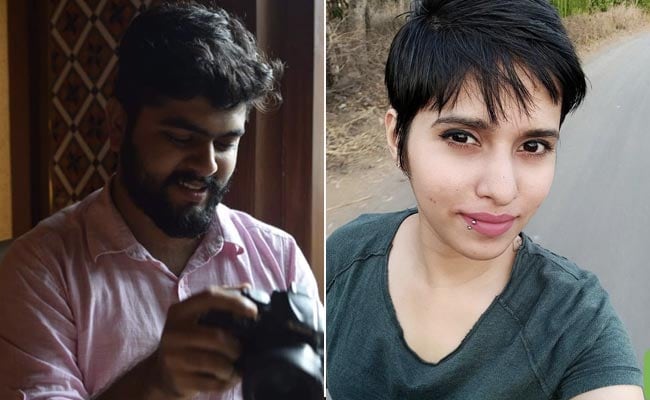 The Dehradun killer, too, had drawn inspiration from fiction — specifically from Hollywood movies — just as Aftab Poonawala allegedly followed plotlines from TV series 'Dexter' to cover up the crime after they'd strangled the women to death.

Both killers bought refrigerators to store the hacked bodies. Rajesh Gulati cut the body into more than 70 pieces and kept these in a large deep-freezer for three months, getting rid of these in batches in the jungles of nearby hill station Mussoorie over days, usually when he would drop his children off to school in the morning.

Police said Aftab Poonawala bought a 300-litre fridge after he killed Shraddha Walkar on May 18, and threw the pieces over 18 days in a jungle near Mehrauli, an area otherwise known for monuments such as the Qutub Minar.

The cover-up attempts have more parallels, in how Rajesh Gulati spoke to his wife's brother on her phone to make it look like she was fine.

Aftab Poonawala used his girlfriend's Instagram account to chat with her friends, trying a similar tactic. But her friends grew suspicious and told her father, who had not spoken to her since last year, that she'd been inactive for months.

The Instagram chats became key evidence as cops from Delhi and Maharashtra — the couple's home state — cracked the case in about a month after the father filed a 'missing' report.

In the Dehradun case, police found some of the body pieces still in the freezer. Aftab Poonawala had disposed of all, and has so far led the cops to at least 10.

Educated and working with IT firms, the couples in both cases had arguments over suspicions of having love affairs outside of the relationship.

Delhi police intend to conduct DNA examination and lie-detector tests to tie up the ends.

"Such murders do not happen out of the blue. Signals begin to manifest in the form of quarrels and acts of domestic violence," said former Dehradun police chief GS Martolia, during whose tenure the Anupam Gulati murder case was solved.

"In my entire career, I had never come across a case like this where the killer perpetrated such brutal atrocities on the dead body," he told news agency PTI, adding, "People who commit such crimes cannot be considered normal."

Security Personnel Injured In Blast Triggered By Maoists In Jharkhand