Arjun Singh was not present at his residence when the incident occurred; he is currently in New Delhi attending the Parliament's session. 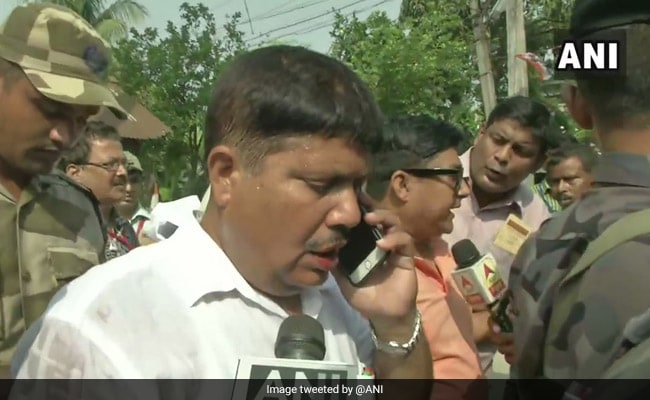 No one has so far been arrested in the incident, police said (File photo)

Unidentified men fired shots in the air near the residence of BJP MP Arjun Singh at Bhatpara in the North 24 Parganas district of West Bengal on Thursday, police said.

Mr Singh was not present at his residence when the incident occurred; he is currently in New Delhi attending the Parliament's session.

No one has so far been arrested in the incident, the police official said.

"Some miscreants fired bullets in the air on Wednesday night near Singh's residence but it is not clear whether anyone was the target, said Ajoy Thakur, Deputy Commissioner (Zone 1) of the Barrackpore Police Commissionerate, under which Bhatpara falls.

"CCTV footages have been examined but no miscreant was identified so far," he said adding two complaints have been lodged with Jagatdal police station in connection with the incident.

A TMC citadel for long, Bhatpara has been witnessing frequent post-poll violence between the BJP and ruling Trinamool Congress (TMC) which claimed at least two lives.

The fight had intensified ever since Arjun Singh crossed over from the TMC to the BJP and won the Barrackpore Lok Sabha seat, under which Bhatpara and Kakinara fall.

In the by-election to the Bhatpara assembly seat that was held along with the Lok Sabha elections, Arjun Singh's son, Pawan Singh, defeated TMC candidate and former state minister Madan Mitra.