Shivpal Yadav, a younger brother of Samajwadi Party patriarch Mulayam Singh Yadav, had last week removed the SP flag with the bicycle symbol from his vehicles. 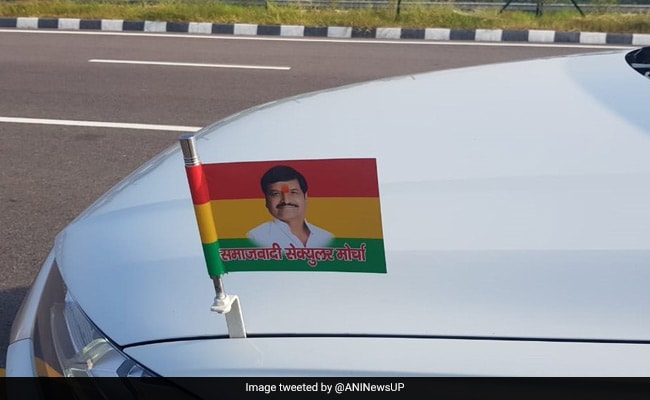 Shivpal Yadav, a younger brother of Samajwadi Party patriarch Mulayam Singh Yadav, had last week removed the SP flag with the bicycle symbol from his vehicles.

On Monday, a cavalcade of cars parked outside his residence in Lucknow sported the SSM flag with three stripes of yellow, green and red, apart from the pictures of Mulayam Singh and Shivpal Yadav on either sides.

The SP rebel, daggers drawn with his nephew and SP chief Akhilesh Yadav, has already said that there is no going back on his move to float the new outfit which he said will contest all 80 Lok Sabha seats in Uttar Pradesh in the 2019 general elections.

Shivpal Yadav had floated the SSM on August 29 and said that he had waited for long for political reconciliation with his nephew but was now moving ahead, suggesting that his marginalisation was complete within the party he and Mulayam Singh formed 25 years back.

Mulayam Singh, who often threw his weight behind his younger brother, has maintained a studied silence this time on the developments. Shivpal Yadav, however, claimed that he formed the new front with the former Defence Minister's blessings.