Retaking PoK: Shiv Sena said in a Saamna editorial that General Naravane put his "Marathi pride on display" soon after taking charge as the Army chief. 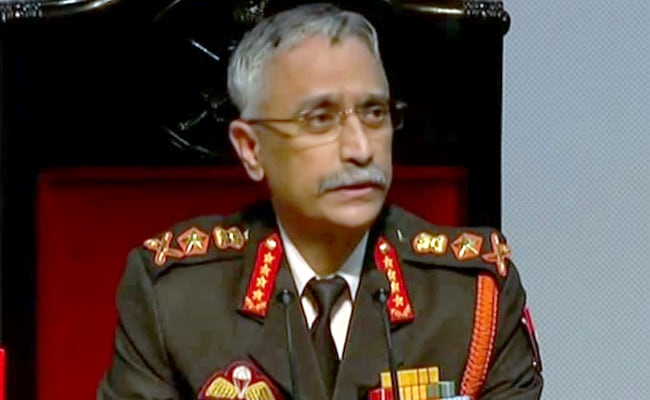 General MM Naravane said Army will take "appropriate action" if it gets orders from centre.

The Shiv Sena today welcomed the Army chief's remark on retaking Pakistan-occupied Kashmir (PoK), urging the centre to give a directive in this regard because it would be the best way to teach the "Tukde-Tukde Gang" a lesson.

"Tukde-Tukde Gang" is the term used by right-wing activists to refer to ideological rivals, who they allege support separatist elements in the country.

"General MM Naravane put his Marathi pride on display soon after taking charge as the Indian Army chief. He has said in clear terms that PoK is ours... if the centre gives orders, we will capture PoK," the Shiv Sena said in its mouthpiece Saamna, adding that most of Pakistan's terror-training camps are located in that region.

Although the Shiv Sena severed links with the BJP before forming a government in Maharashtra with the Congress and the Nationalist Congress Party (NCP) late last year, its views on several issues -- such as the scrapping of Jammu and Kashmir's special status, Pakistan and nationalist icon VD Savarkar -- remain unchanged.

The Saamna editorial claimed that Pakistan's "habits" did not change even after the surgical strike carried out by Indian soldiers in PoK in 2016, and Kashmir has turned out to be little other than an electoral issue for the ruling BJP to squeeze some mileage from.

"That is why we welcome General Naravane's new policy. He has said that Indian parliament, in February 1994, passed a resolution that all of Jammu and Kashmir -- including PoK -- is an inseparable part of India," the editorial read. It is the country's "wish" that Prime Minister Narendra Modi issue an order in this regard, it added.

The Shiv Sena went on to praise Union Home Minister Amit Shah for his role in scrapping the special status of Jammu and Kashmir through a presidential order on August 5 last year. "Now, as soon as General Naravane gets orders from Modi-Shah, PoK will be ours and Veer Savarkar will be garlanded with flowers of Akhand Bharat," the editorial read.

Akhand Bharat, meaning "undivided India", encompasses nations of South, East and Central Asia that were once part of pan-Indian empires or were influenced by the spread of Hinduism or Buddhism.

General Naravane had said on Saturday that the Indian Army will take "appropriate action" to reclaim PoK once it gets an order from the central government. "There is a parliamentary resolution that the whole of Jammu and Kashmir region is a part of India. That area (PoK) should also belong to us. When we get orders to that effect, we will take appropriate action," the Army chief told mediapersons in Delhi.