"Does Opposition Plan To Have New PM Face Every 6 Months?": Sena Asks

Sharad Pawar had recently backed Mamata Banerjee, Chandrababu Naidu and Mayawati as top contenders for the post of prime minister if the NDA fails to win a majority after the Lok Sabha elections. 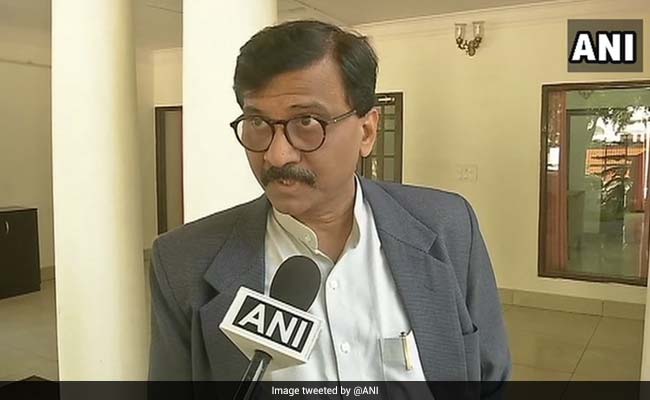 "There can be only one prime minister and that is Narendra Modi ji," said Sanjay Raut

Slamming NCP chief Sharad Pawar over his comments on prime ministerial candidates if the BJP does not get the required mandate in the Lok Sabha polls, the Shiv Sena Tuesday sought to know if the opposition intends to have a new prime minister every 6 months.

Mr Pawar had recently backed Ms Banerjee, Mr Naidu and former Uttar Pradesh chief minister Mayawati as top contenders for the post of prime minister if the NDA fails to win a majority after the Lok Sabha elections.

Explaining the rationale behind his picks, Mr Pawar had told that like Prime Minister Narendra Modi, his three choices too have been chief ministers of their states, giving administrative experience the most weightage for his choices.

Mr Raut claimed Mr Pawar later took a U-turn and said he had named the three when asked who apart from Congress president Rahul Gandhi could be a contender for the top post.

"However, his explanation now seems hollow. His earlier statement proves he does not have faith in the Congress or Rahul Gandhi," Mr Raut said.

Meanwhile, in an editorial in party mouthpiece ''Saamana'', the Shiv Sena took a swipe at Mr Pawar.

Like Sharad Pawar announced support to the BJP after the 2014 Maharashtra Assembly elections for the sake of a "stable government", nobody would be surprised if the NCP chief decides to support the Amit Shah-led party if the ruling party fell short of a majority by a few seats in the 2019 Lok Sabha elections, it said.