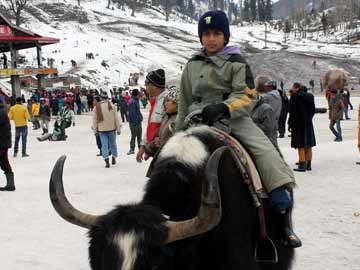 Shimla: The Himanchal Pradesh's Shimla and Manali - prominent tourist places - on Saturday woke up to a blanket of fresh snow.

The hoteliers expect tourists in large numbers this weekend.

Promoted
Listen to the latest songs, only on JioSaavn.com
"The higher reaches of Lahaul and Spiti, Kinnaur, Kullu, Sirmaur, Mandi, Shimla and Chamba districts have been experiencing moderate to heavy snowfall for the past three days, while mid and lower hills lashed with rain," the official said.

Officials said buses for towns like Rohru, Theog, Kharapathar, Chopal and Rampur on the upper side of Shimla were plying via Dhami and Basantpur as road beyond Shimla was closed due to thick snow cover.

Delhi Schools On Summer Vacation From Tomorrow To June 9