Raj Kundra was questioned by the probe agency last year in a bitcoin scam case. 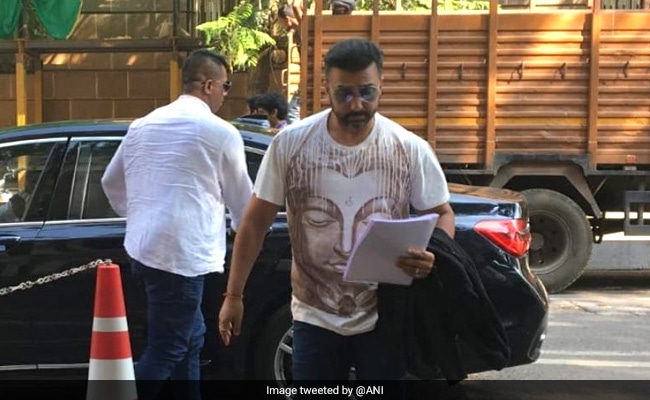 Businessman Raj Kundra, husband of actor Shilpa Shetty, is being questioned today in a money laundering case involving gangster Iqbal Mirchi two days after he was summoned in the case.

Mr Kundra reached the Ballard Pier office of Enforcement Directorate in Mumbai at around 11 am for questioning. He was summoned under the Prevention of Money Laundering Act (PMLA) on November 4, however, he chose to appear before the probe agency earlier due to some personal engagement.

Iqbal Mirchi, who died of a heart attack in 2013 in London, was allegedly a close associate of terrorist Dawood Ibrahim in drug trafficking and extortion crimes. The Enforcement Directorate has filed a criminal case against Mirchi, his family and others to probe money laundering charges for alleged illegal dealings in purchase and sale of costly real estate assets in Mumbai. Mr Bindra was recently arrested by the probe agency in the case.

In 2011, a loan of Rs 3.46 crore was given by the RKW Developers to Essential Hospitality, where Shilpa Shetty and Raj Kundra were directors, the investigating officials found during the probe. Ranjeet Bindra is one of the directors of RKW Developers.

Multiple raids have been conducted by the probe agency in the last few months in the case based on complaints filed with the Mumbai Police.

Mr Kundra was questioned by the probe agency last year in a bitcoin scam case.