Shehbaz Sharif is in Islamabad to contest the election for the prime minister's post after Imran Khan was ousted after he lost a no-confidence vote in the National Assembly on Sunday. 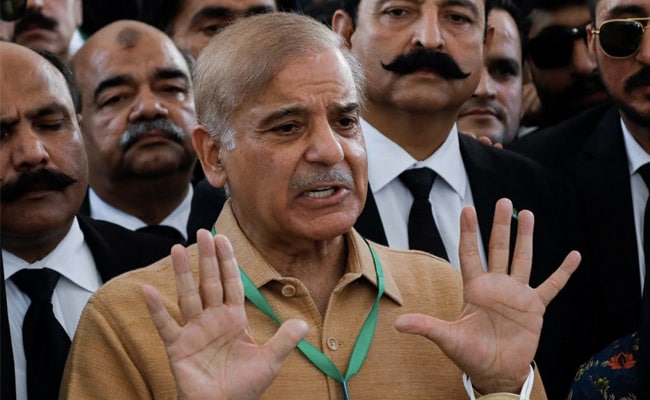 Shehbaz Sharif and his sons were charged in November 2020 for corruption and money laundering.

A Pakistani court on Monday deferred until April 27 the indictment of joint Opposition's prime ministerial candidate Shehbaz Sharif and his son Hamza Shehbaz in a high-profile money laundering case and also extended their pre-arrest bail till the same day, allowing the PML-N president to become the new prime minister.

The Federal Investigation Agency (FIA) special court on Monday accepted Shehbaz's application seeking exemption from personal appearance in court in the money laundering proceedings for one day, and extended the pre-arrest bail of the father and son for April 27 on their request, a court official told PTI after the proceedings.

Shehbaz Sharif is in Islamabad to contest the election for the prime minister's post after Imran Khan was ousted after he lost a no-confidence vote in the National Assembly on Sunday.

Sharif, 70, is set to become Pakistan's prime minister as the joint Opposition has required numbers in Parliament. Imran Khan's Pakistan Tehreek-i-Insaf has nominated Shah Mahmood Qureshi for the top slot.

"As the FIA prosecution team did not appear before the court, it deferred the indictment till April 27 and extended the pre-arrest bail of Shehbaz and Hamza for the same day," the official said. No reason was provided to the court for the absence of the FIA team.

PTI leader and former information minister Fawad Chaudhry on Sunday in a tweet had said that the FIA prosecution head Lahore had been directed not to appear before the court in Shehbaz's case so that the indictment is delayed.

When asked a senior FIA Lahore official about Chaudhry's allegation, he told PTI that no such direction had been made to the agency's prosecution head. "We will follow the case on merit," the official had said.

Shehbaz and his sons -- Hamza and Suleman -- were booked by FIA in November 2020 under various sections of the Prevention of Corruption Act and Anti-Money Laundering Act. Suleman is absconding and residing in the UK.

The FIA investigation has detected 28 benami accounts, allegedly of the Shehbaz family, through which an amount to the tune of PKR 14 billion was laundered from 2008 to 2018. The FIA examined the money trail of 17,000 credit transactions and the amount was kept in "hidden accounts" and given to Shehbaz in his personal capacity.